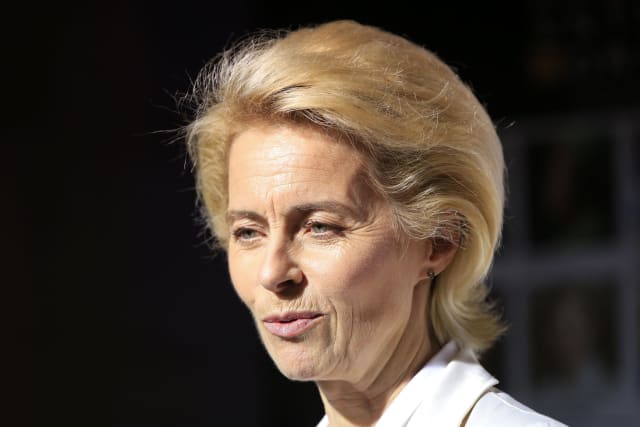 The Prime Minister is expected to press home his desire to reach a free trade agreement with the EU by the end of December 2020, when the transition period is set to end.

Their meeting, the first since she took office, will also be attended by Brexit Secretary Stephen Barclay and the EU’s chief Brexit negotiator Michel Barnier.

Number 10 said Mr Johnson will underline that the forthcoming negotiations will be based on an ambitious free trade agreement, and not on alignment.

Brussels insisted on Monday that trade talks would not be on the agenda at the meeting.

European Commission spokesman Eric Mamer said the meeting would “set the scene” for the Brexit process, but in order to launch trade talks the European Council, made up of the 27 remaining EU nations, would need to approve a mandate “and we are not at that stage yet”.

Downing Street hinted earlier in the week that the Government could conduct post-Brexit trade talks with the US in parallel with those with the EU.

The Prime Minister’s official spokesman said the UK would be “free to hold trade discussions with countries across the world” after it has left the bloc at the end of the month.

It followed reports in The Sunday Times that Mr Johnson’s ministers are split over how best to negotiate a new trade deal with the EU, with some figures, including Foreign Secretary Dominic Raab and International Trade Secretary Liz Truss, reportedly pushing for parallel talks with the US to put pressure on the EU.

However the paper said other ministers think it is “unrealistic” to use the US talks as a leverage against Brussels.