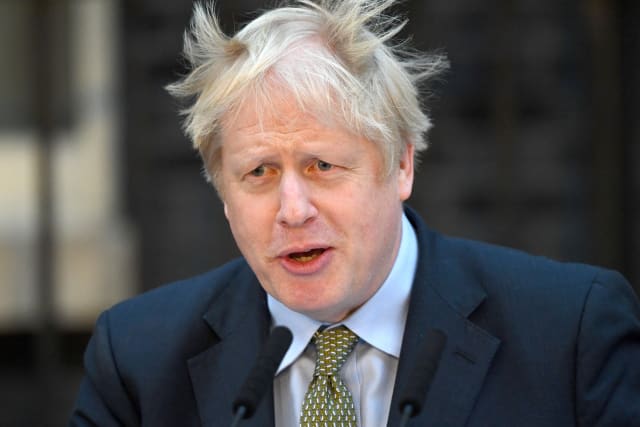 Boris Johnson will face questions from MPs on the deepening crisis in the Gulf as he takes his first Prime Minister’s Questions since the General Election.

The PM came under fire for his failure to address the Commons on the Iran situation on Tuesday, with Jeremy Corbyn accusing him of “hiding behind” the Defence Secretary Ben Wallace.

Mr Johnson has been accused of being slow to respond to the crisis – not returning from his new year break on the private Caribbean island of Mustique until the weekend.

However, he chaired a meeting of the National Security Council on Tuesday afternoon to discuss the issue and held a Cabinet meeting earlier in the day.

The PM’s Commons appearance comes after the Defence Secretary said the Government was putting in place “urgent measures” to protect British nationals and interests amid rising tensions in the region.

Mr Wallace said non-essential personnel had been moved out of Baghdad while Royal Navy warships and military helicopters were on heightened readiness to assist if needed.

In a Commons statement on Tuesday afternoon, he again appealed for all sides to “de-escalate” after the killing of the Iranian military chief Qassem Soleimani in a US drone strike.

At the same time he defended the right of the US to act in self-defence, saying Gen Soleimani had been in neighbouring Iraq when he was hit to “co-ordinate murder and attacks on US citizens”.

Mr Wallace said the safety and security of UK nationals and interests in the region were of “paramount concern”.

Non-essential personnel had been relocated from Baghdad to the military base at Camp Taji, north of the Iraqi capital, while the Department of Transport was reviewing its advice to British shipping on a daily basis.

“At the same time, Defence are changing the readiness of our forces – including helicopters and ships on stand-by to assist if the need arises,” he said.

“As part of prudent planning, a small team has been sent to the region to provide additional situational awareness and contingency planning assistance.”

The Government has already announced that the Type 45 destroyer HMS Defender and the Type 23 frigate HMS Montrose are to resume duties escorting shipping through the Strait of Hormuz.

The Guardian reported that “several hundred” troops had been put on standby of 48 hours for deployment in or near Iraq, who could be used to evacuate forces if the security situation in the country worsens.

“This is a provocative act which has made the whole world a much more dangerous place.”

Mr Corbyn was repeatedly asked whether he would label the targeted general as a terrorist. He replied: “Soleimani is the head of special forces of Iran – they obviously operate in all kinds of places that you and I would not agree with or want.

“That is not the point. The point is it’s an illegal act that took place and if we want to end illegal acts by anybody; you don’t commit them yourself.”