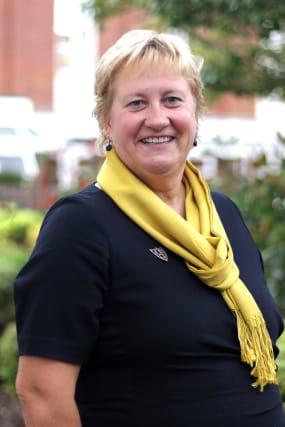 Mobile phones are “demonised” but can be a force for good in the classroom, according to a leading head teacher.

It is the responsibility of schools to show the positive aspects of the devices, according to Jane Prescott, headmistress of Portsmouth High School GDST.

She argued that mobile phones are “here to stay” and parents and schools cannot “stick their heads in the sand”.

Banning youngsters from using their phones simply means they use them in places where they cannot be monitored, said Mrs Prescott, incoming president of the Girls’ Schools Association (GSA).

She also suggested that teenagers should take a research-style project alongside their GCSEs to give them a chance to investigate something that interests them.

In her first comments as she took up her post, Mrs Prescott said: “We demonise mobile phones.

“And there is certainly an aspect of mobile phones that is destructive – excessive social media use, being able to promote the celebrity culture, gaming on mobile phones.

“But there’s also a huge positive with them, in that communication has never been easier, or better.

“It’s our responsibility in schools to show the positive aspect of having a mobile phone, what it can be used for in a good way.

“And helping them overcome those negative aspects of having a mobile phone.”

Mrs Prescott said that at Portsmouth High, a private school for girls aged three to 18, phones are banned in the dining room as it is social space, but are allowed in lessons when needed.

“I’m fortunate, I teach in an environment where class sizes are relatively small. It’s easily monitored, the girls are well-behaved, they know that the use of their mobile phone must be for that particular lesson,” she said.

“There are ways in which you can, in certain environments, get over them having their phone, such as placing it on the desk so everyone can see it.”

Phones in lessons can be used in different ways, she argued, such as photographing a teacher’s example, or sports team lists.

One girl at her school made a film on homelessness on her smartphone, Mrs Prescott said.

She also said she was unsure “that banning mobile phones truly bans them, I think what they (pupils) do is go and use them in spaces that can’t be monitored, like the toilets”.

“There are lots of ways in which they can use their phones positively without it being a real negative,” she added.

There is an age when children can be too young for a phone, Mrs Prescott acknowledged, but when a child is at secondary school, often travelling to school by themselves, it can be useful.

And she argued: “They’re not going to go away, we can’t be Luddite about it, we can’t stick our heads in the sand and hope that time will turn it back, because it won’t. They’re here to stay.”

Mrs Prescott also called for teenagers to take the GCSE version of the extended project qualification (EPQ) – a research project in which sixth-formers investigate a topic of their choosing.

The “junior EPQ” – officially called the higher project qualification – is worth half a GCSE.

Mrs Prescott said: “To encourage young people to take on their own research project in a topic that particularly engages and interests them is going to be useful for them, whether they go to university or not.

“The EPQ at A-level is very much designed for helping with undergraduate dissertations, but to do something at GCSE level is going to help those young people who go on to do different forms of training, not necessarily on into A-levels, with a research project that has trained them in something that is beyond the curriculum.”

She added: “With the demise of coursework, this would give young people the opportunity to look at something that genuinely engages and interests them.”

Mrs Prescott said she was looking to introduce the qualification in her school.