Firefighters have tackled a blaze at a historic music venue which has hosted acts such as Madonna, Ed Sheeran and Prince.

Eight fire engines and around 60 firefighters tackled the flames at Koko in Camden High Street, north London, after being called shortly before 9pm on Monday. 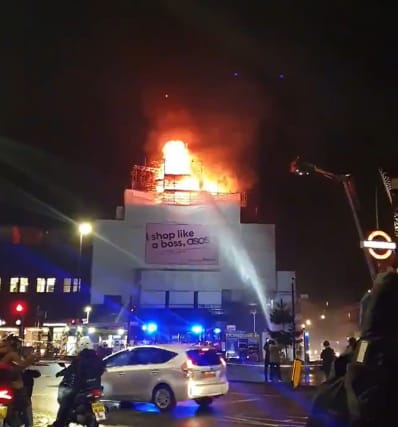 London Fire Brigade said 30% of the building's roof had been alight and warned people to stay away from the area.

The blaze was brought under control in the early hours of Tuesday, but the cause is not yet known.

Koko, formerly known as Camden Palace and the Camden Hippodrome, had been closed for refurbishment and was covered in scaffolding.

It was set to reopen in spring 2020 after a "major state-of-the-art" revamp, following the purchase of two adjacent buildings.

Firefighters will remain at the scene throughout the day.