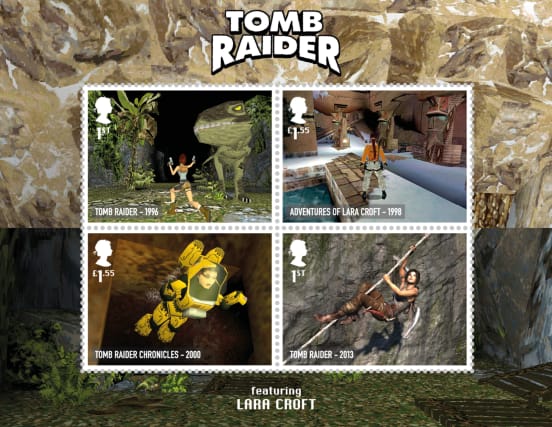 Influential UK-designed games from the 1980s and 1990s are being celebrated by Royal Mail in a new set of 12 stamps.

Tomb Raider, which was created by developers in Derby and went onto to became a global franchise selling more than 74 million copies worldwide, is among the country’s selected creative successes.

“The UK has been at the forefront of the video games industry for decades,” said Royal Mail’s Philip Parker.

“In the 1980s and 90s young designers grappled with coding on the new microcomputers and set the template for the industry with iconic games.

“We celebrate some of their landmark creations on stamps.”

“This collection celebrates a selection of the great British video games that have helped define both the national and global development scene over decades,” said Ukie chief executive Dr Jo Twist.

“Video games are a key part of our cultural footprint and we’re pleased to see their contribution recognised in such memorable style.”

The set will be available in a presentation pack for £14.25, to pre-order online or buy in Post Offices from January 21.