Smith to give PM progress report on Stormont talks 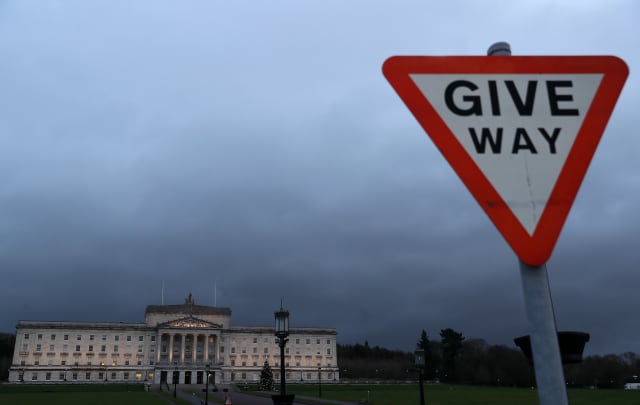 Northern Ireland Secretary Julian Smith will fly back to London later on Monday to update the Prime Minister on what progress has been made in political talks to restore powersharing in Northern Ireland.

Parties returned to Stormont House on Monday to resume efforts to agree the return of devolved government after the three-year collapse.

A deadline of January 13 has been set, after which Mr Smith is expected to call fresh Assembly elections if there is no resolution.

It is understood that parties have reached agreement on what a future Executive will prioritise if it returns, which includes the ongoing crisis in the health service.

However, parties remain at odds over proposals for an Irish Language Act and calls to reform a contentious cross-community voting mechanism in the Assembly – called the petition of concern.

There was some talks activity over the weekend, with Mr Smith meeting delegations from the Ulster Unionist Party and Alliance Party at Hillsborough Castle.

Ciaran Mac Giolla Bhein, from the language group, described the meeting as “productive”.

Last week, Sinn Fein’s deputy leader Michelle O’Neill said that “clearly” there would be an Irish Language Act in any deal to restore the Executive.

If a deal is not reached by the January 13 deadline, legislation to give civil servants additional powers to run Northern Ireland’s struggling public services expires and Mr Smith will assume a legal obligation to call a snap Assembly election.

“Let us all take this week to see what is doable, negotiate a balanced set of proposals and get it done instead of grandstanding in the hope of gaining a one-sided victory,” he said.