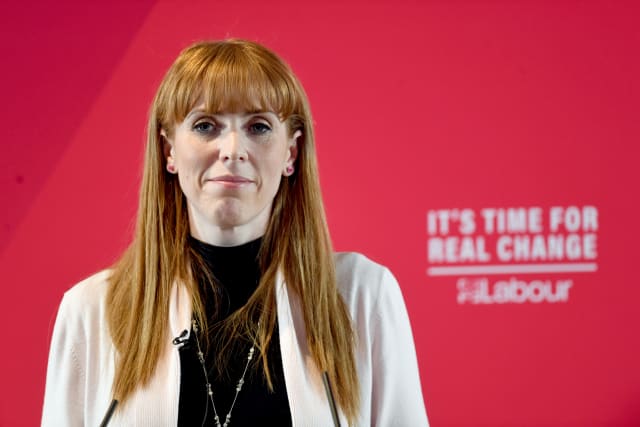 Labour must “win or die”, shadow Cabinet minister Angela Rayner warned as she launched her bid for the party’s deputy leadership.

Setting out the high stakes for the party, she said Labour faced “the fight of our lives” over the next five years after the heavy defeat in the general election saw parts of its former heartlands turn to the Conservatives.

Launching her campaign for the vacant deputy post at an event in Stockport, she said “we must rethink and renew our purpose”.

She highlighted seats that had gone from “heartlands to battlegrounds” and where people have felt Labour had “lost touch with them”.

Jeremy Corbyn is on his way out but Ms Rayner said a change in leader alone will not be enough.

Shadow education secretary Ms Rayner said she was backing her friend Rebecca Long-Bailey for the leadership, if she confirms her intention to stand.

But former deputy leader Tom Watson warned shadow business secretary Ms Long-Bailey could be the “continuity candidate”, following the agenda set by Mr Corbyn which had been rejected by voters.

Setting out what she believed was needed, Ms Rayner, who represents Ashton-under-Lyne, said: “I will be voting for my friend Rebecca Long-Bailey if she stands for the leadership.

“But our collective leadership must go far wider than simply who is elected to these positions. It is why I want us to have an honest, but friendly, conversation with each other.

“And at the end of it, a united party that starts winning elections for us all.”

She said the party needed to build a new coalition of voters.

“We must rethink and renew our purpose and how we convince the people to share it.

“Either we face up to these new times or we become irrelevant.”