About 60 firefighters are tackling a blaze at a historic north London nightclub.

The London Fire Brigade (LFB) said they were dealing with a fire at the Koko nightclub on Camden High Street after they were called shortly before 9pm on Monday.

Less than an hour later they said that 30% of the historic venue's roof was alight and warned people to stay away from the area.

About eight fire engines are present at the club, which has hosted acts including Madonna, Ed Sheeran and Prince.

The LFB said they are working hard to save the rest of the building, which is close to Mornington Crescent underground station. 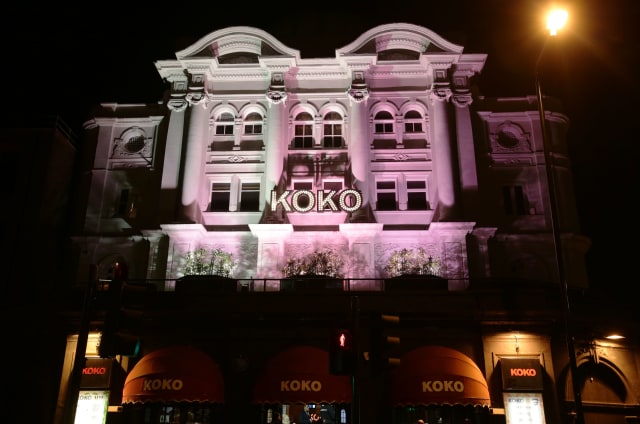 Leader of Camden Council Georgia Gould said: "Heartbreaking watching the Camden Palace / Koko up in flames this evening, a building that holds so many memories and means so much to us in Camden."

Sir Keir said: "Awful news in Camden tonight. Incredible response from our firefighters. As Georgina Gould says, we owe them so much."

Formerly known as the Camden Palace and the Camden Hippodrome, the venue had been closed for refurbishment and was covered in scaffolding at the time of the fire.

It was set to re-open in spring 2020 after a "major state-of-the-art" refurbishment, after the purchase of two adjacent buildings.