Family of murdered teenager ‘denied access to report on killer’ 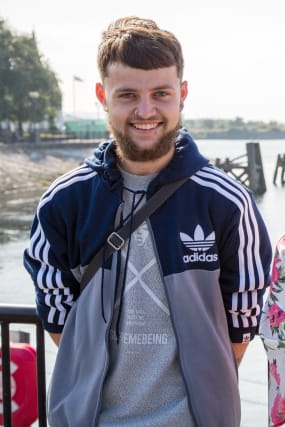 The family of a teenager murdered by a criminal who had been released on licence have told an inquest they were refused access to details of the killer’s monitoring by the justice system.

Conner Marshall, 18, was beaten to death after being mistaken for a love rival by David Braddon, who was being supervised in the community after being convicted of two drugs offences and assaulting a police officer.

On Monday, an inquest heard that Braddon missed appointments with probation services in the months leading up to the murder, while probation staff were unaware that he had previously been convicted of beating up a partner.

The murder victim’s mother, Nadine Marshall said she was only told that Braddon was being supervised at the time he killed her son five months after the murder at Trecco Bay Holiday Park in Porthcawl, South Wales, in March 2015.

She said it took another eight months of pleading with probation services to get a summary of the details in April 2016, but said the Wales Community Rehabilitation Company refused to give the family access to the full probation report.

Mrs Marshall said: “Following numerous phone calls and visits to the house from various staff from Wales CRC, I had one particular meeting with a lady and a gentleman who were prepared to show the report on laptop.

“I wasn’t allowed to hold the laptop or have a hard copy. I tried to take a photo on my phone but the laptop was taken away and I was told the meeting was over.”

The mother-of-three, from Barry, said she and husband Richard travelled to the Ministry of Justice in London to request the probation report, only to be told they were not entitled to it.

But the following day, the MoJ said the family would be given the full report, and they received it months later in November 2016.

South Wales Central Coroner’s Court heard that Mr Marshall had been at the caravan park with friends when, in the early hours of March 8, he wandered alone into the path of Braddon, who had consumed valium, cocaine and alcohol.

Braddon believed Mr Marshall was his ex-girlfriend’s former partner, and attacked him with a metal pole and kicked him in the face and ribs.

After stamping on Mr Marshall’s face and stripping him naked, Braddon realised he had attacked the wrong person after checking his victim with the light on his phone.

Mr Marshall was discovered by another holidaymaker, who had been woken up by a groaning sound under a caravan at the campsite.

By this time, Braddon, of Caerphilly, South Wales, had fled the scene and was eventually arrested by police in Scotland.

Mr Marshall died in the University Hospital of Wales, Cardiff, on March 12 2015.

Braddon pleaded guilty to murder and was sentenced to life with a 20-year minimum term.

Assistant Coroner Nadim Bashir said “too much reliance on self-reporting” had meant probation staff were unaware that Braddon had been convicted of battery on a partner in 2009.

He said the inquest would look at the input of the Probation Service and the terms of Braddon’s licence.