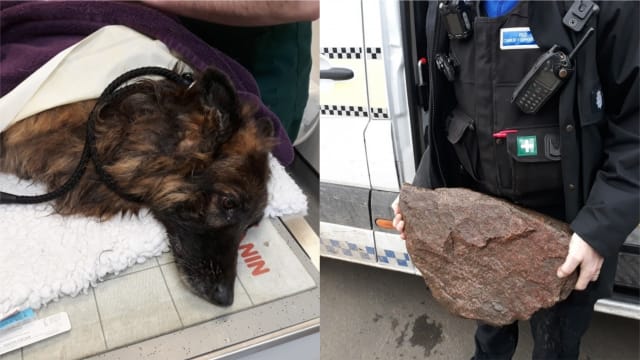 Police are appealing for information after a drowning dog tied to a rock was rescued from the River Trent.

The Belgian Shepherd, registered as Bella according to its microchip, was seen on Monday morning in the Farndon area in Nottinghamshire attached to a carrier bag containing a large rock.

She was rescued by a member of the public before being taken to a local vet by the Nottinghamshire Police.

“This was an evil and nasty thing to do to this poor dog and we are making every effort to find out who is responsible,” PC Pace, of Nottinghamshire Police, said.

“We are lucky that the kind member of the public found and rescued her.

“If anyone has dash-cam or CCTV footage of vehicles in Long Lane that may show who was in the area at the time that would be really helpful.”

PC Pace added that while the dog was recorded as Bella on her microchip in 2010, her name may have been changed since then.