Former home secretary revealed as contestant on The Masked Singer 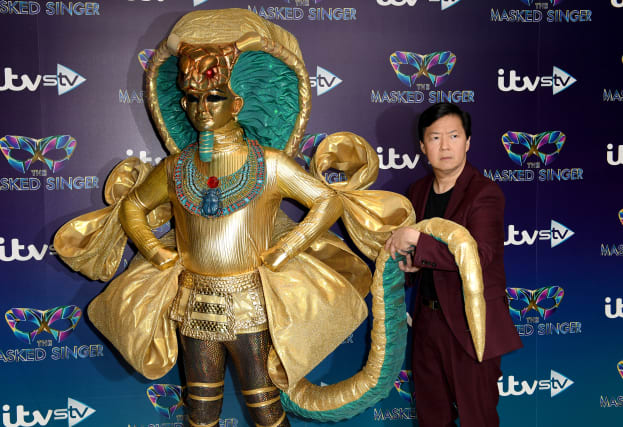 Former home secretary Alan Johnson has been unmasked as Pharaoh on ITV’s The Masked Singer.

Mr Johnson’s identity was revealed after he failed to impress the panel of judges with his rendition of Walk Like An Egyptian by The Bangles, and progress through to the next round.

The Labour politician, who served in both Tony Blair and Gordon Brown’s governments, said he had felt like “a spaceman” wearing the elaborate Egyptian-inspired outfit.

The ITV programme, which debuted on Saturday and continued on Sunday night, sees celebrities and public figures compete dressed in elaborate outfits which conceal their identity.

Mr Johnson said it had been “very hard” to keep his role a secret.

He added: “The show is so extraordinary it’s almost perverse to keep mute about it.”

Speaking after he was unmasked by host Joel Dommett, Mr Johnson said: “It was brilliant. What a show. In the mask you feel like a bit of a spaceman. You are removed from it all.

“I couldn’t really see the dancers dancing around me. It was so much fun. A bit of karaoke as well.”

The judging panel of Jonathan Ross, Davina McCall, Ken Jeong and Rita Ora failed to guess his identity despite a number of clues.

Before he was unmasked, Ross suggested Pharoah might be Brexit Party politician Ann Widdecombe, who has appeared on Strictly Come Dancing.

And at one point Ross even mentioned Mr Johnson’s name, before conversation swiftly moved on.

Mr Johnson said of the judging panel: “They were full of energy and humour but I wondered how they could have even suspected that Pharaoh was Ann Widdecombe.”

It comes after the debut episode of the surreal celebrity guessing game won Saturday night’s ratings battle against BBC One’s The Greatest Dancer, pulling in over two million more viewers.

The Masked Singer kicked off with an average audience of 5.5 million when it aired at 7pm, according to overnight ratings.

The Greatest Dancer, which also aired at 7pm, had an average of 3.2 million viewers.

The Masked Singer continues on Saturday at 7pm on ITV.