What is fentanyl and why is it so dangerous? 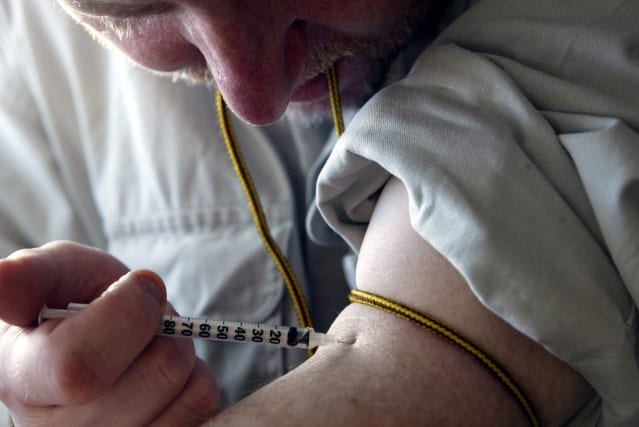 According to the Advisory Council on the Misuse of Drugs (ACMD), the drug is being added to heroin sold illegally in the UK.

But what is fentanyl and why is it so dangerous?

Fentanyl is legally prescribed as a painkiller, sometimes in the form of a patch, nasal spray or lozenge.

It is usually prescribed to treat patients with chronic pain or to manage pain after surgery.

Like morphine and other opioid drugs, fentanyl works by binding to the body’s opioid receptors – found in areas of the brain that control pain and emotion – and drive up dopamine levels in the area, producing a state of euphoria and relaxation.

The drug and its analogues are much more potent than other painkillers such as morphine, and very small amounts can cause severe clinical effects or death.

A variant known as carfentanyl – used to anaesthetise large animals such as elephants – can be up to 10,000 times more toxic than morphine.

– Why can fentanyl be deadly?

Although fentanyl is abused as a substance on its own, the synthetic opioid is being mixed with or substituted for heroin.

Because fentanyl and its analogues are more potent than heroin, drug users face a high risk of accidental overdose as very small amounts can cause severe clinical effects or death.

Its use has surged across America and it became more prevalent in the UK’s illegal drug market around 2016, according to the National Crime Agency (NCA).

– When did fentanyl begin to emerge in the UK?

The NCA began investigating the use of the potentially deadly fentanyl and its variants in 2017, when 60 people died in circumstances linked to the drug over an eight-month period.

The potency means investigating officers often have to wear protective clothing to handle the substance.

Public Health England (PHE) began an urgent investigation when links between fentanyl and deaths in the north of England began to emerge that year, and home secretary at the time Amber Rudd commissioned the ACMD to write a report.