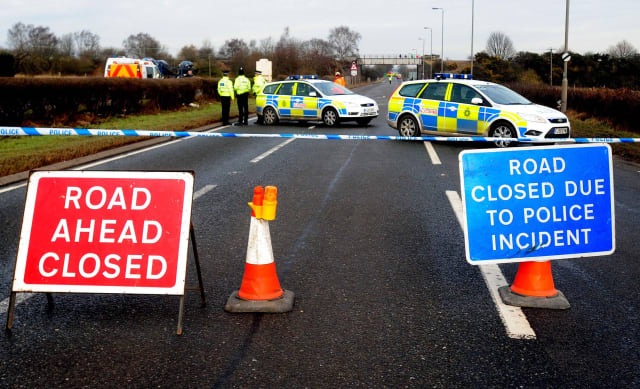 Two lorry drivers have been killed in a crash that closed the M1 for several hours.

Bedfordshire Police said officers were called to the scene at around 6.45am on Saturday following the collision on the southbound carriageway between junctions 13 and 12.

The force confirmed both drivers were pronounced dead at the scene and their next of kin have been informed.

The motorway was closed in both directions, although the northbound carriageway was reopened at around 2pm.

Sergeant Aaron Murphy said: “This was a serious collision which has taken the lives of two people, so we are keen to hear from anyone who may have witnessed the collision or who has dash-cam footage from around that time so we can piece together the circumstances which led to this tragic incident.

“I’d also like to thank the public for their co-operation and patience during the recovery operation.”

Earlier on Saturday, a Highways England spokeswoman said the southbound carriageway was likely to be closed for “several hours” as police investigations were “still taking place”.

The road closure affected traffic heading to the FA Cup matches between Watford and Tranmere and Fulham and Aston Villa, and fans returning home have been advised to use alternative routes.

The East of England Ambulance Service said three of its Hazardous Area Response Teams (Hart) were called to the scene, along with an ambulance and air ambulance.