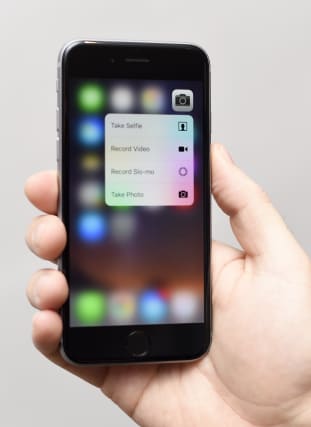 Scientists have developed a test that uses a smartphone camera to diagnose urinary tract infections in 25 minutes.

The technology, by biological engineers at the University of Bath, identifies the presence of harmful E.coli bacteria.

E.coli is present in around 80% of bacterial UTIs, with antibiotic treatments used on patients when it is detected.

Scientists say the new test is faster and cheaper than existing lab-based options.

Dr Nuno Reis, from the University of Bath’s Department of Chemical Engineering, led the development of the test.

“The test is small and portable – so it has major potential for use in primary care settings and in developing countries,” Dr Reis said.

“Currently, bacterial infections in UTIs are confirmed via microbiological testing of a urine sample.

“That is accurate, but time-consuming, taking several days.

“We hope that giving medical professionals the ability to quickly rule in or rule out certain conditions will allow them to treat patients more quickly and help them make better decisions about the prescription of antibiotics.”

The test is featured in the journal Biosensors And Bioelectronics.

A urine sample is passed over a ridged plastic micro-capillary strip containing an antibody that can recognise E.coli bacterial cells.

If E.coli is present, the antibodies will bind with it and stop it from passing through the section of the plastic strip.

An enzyme is then added to cause a change in colour that can be picked up by a smartphone camera.

The concentration of E.coli in the sample is measured by analysing an image taken by the camera.

Scientists say the procedure is simple and does not need a mains power supply.

Dr Reis added that it could be used to diagnose UTIs within primary care facilities such as GP surgeries, reducing the need to send samples to central labs for testing.

“The UK and wealthy countries have seen a big shift to decentralised diagnostics to reduce the load on national or regional labs and provide doctors with important tools to make informed diagnoses,” he said.

“Driving more of this will bring better outcomes to patients in terms of speeding up the process, but will also lower the cost to healthcare providers.

“We are not talking about replacing centralised diagnostics services but providing the first point of contact with affordable and rapid tools to support prescription of antibiotics and avoid their overuse.”

The next step for the test is clinical trials, which require collaboration with clinical and commercial partners.

The team will also begin working on refining the test to allow for the detection of other bacteria and their concentrations.