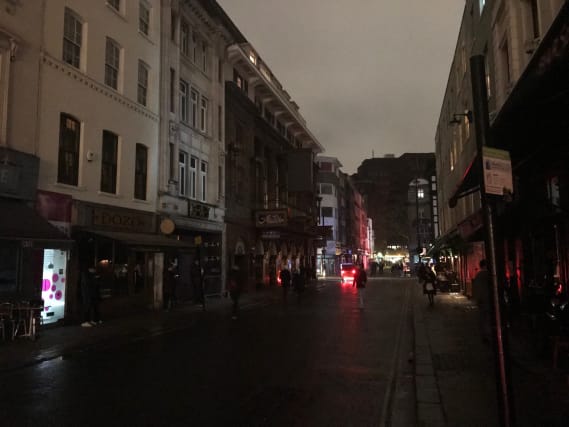 Three companies will pay £10.5 million to the energy watchdog’s redress fund over the power cuts in August which left more than one million customers without power and caused travel chaos, regulator Ofgem has said.

Ofgem’s investigation into the power cuts on August 9 found that the combined loss of two large generators, the smaller loss of generation at a local level, together triggered the disconnection, loss of power and disruption to more than one million customers.

This included many commuters and rail passengers with traffic lights down and trains coming to a standstill.

Ofgem said on Friday it had concluded that two large power stations, Hornsea One Ltd and Little Barford, did not remain connected after the lightning strike.

Hornsea One Ltd, co-owned by Orsted, and Little Barford, operated by RWE, have agreed to make a voluntary payment of £4.5 million each into Ofgem’s redress fund, it added.

The regulator also said that UK Power Networks had began reconnecting customers without being asked to by the National Grid Electricity System Operator’s (ESO) which could have potentially jeopardised recovery of the system.

Ofgem said that this had no impact on August 9 but UK Power Networks had recognised this technical breach, taken swift action to prevent any future re-occurrence and agreed to pay £1.5 million into its voluntary redress fund.

“August 9 showed how much disruption and distress is caused to consumers across the UK when this does not happen.

“That is why it is right that companies that were unable to keep generating have paid into our consumer redress fund.

“Our investigation has raised important questions about National Grid’s Electricity System Operator, which is why our review will look at the structure and governance of the company.

“As the energy market changes it is vitally important we futureproof the networks to ensure consumers continue to benefit from one of the most reliable electricity systems in the world.”