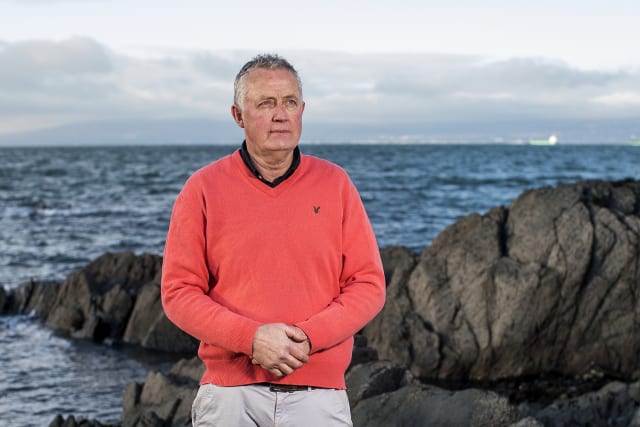 A former Presbyterian minister whose brother was killed by the IRA has revealed how he challenged former members of the group over the murder.

Reverend Terry Laverty from Ballycastle, Co Antrim, was just 15 when his older brother Robert was shot by the IRA as he travelled in a police vehicle along the Antrim Road on July 15 1972.

The 18-year-old had recently joined Northern Ireland’s then police force the RUC.

Mr Laverty said he has challenged republicans over the IRA’s definition of those who worked for the security forces as “legitimate targets”, saying his brother joined the RUC out of a desire to help people.

“My brother was working for the British state so that made him a ‘legitimate target’,” he told the PA news agency.

“I have had many conversations with republicans and ex-IRA through the years to challenge them about that.”

He said his brother had a promising career before leaving to join the police.

“His foreman said ‘don’t be crazy, sure you’re the best recruit that I have, so why would you do this?’. His answer was ‘I just want to help people’,” he said.

“I have challenged ex-IRA men to go to the town that we grew up in, Ballycastle, and to get out of his car and go to anyone he meets in the street to say, ‘do you know a family called Laverty who live here’, ‘can you tell me about them’, you go and find out for yourself and you’ll discover that my brother was not a ‘servant of the British state’.

“My brother was a fella who just wanted to help people and he felt that by being a policeman enabled him to do that and he was gunned down doing that.”

Mr Laverty was among 120 people from a Protestant background who contributed to a new book published earlier this year which chronicles their experiences of Northern Ireland’s troubled past.

He said he felt humbled that his story had inspired both the name of the book – Considering Grace – as well as the photograph of Ballycastle beach on the front cover where he went as a teenager to vent his grief.

“It was the place that I went when I was 15-and-a-half years old and desperately struggling, that’s the very place,” he said.

“It’s hard and yet there is light, the picture is very evocative and it’s very good because that’s where I got the light.

“I didn’t get it from the kindness and goodness of people that helped me, it was the knowledge of the fact that God is a God who is big enough to take all the abuse that I would fire at him.

“The big challenge for all of us as human beings are the choices that we make because if we choose to make darkness our closest friend then all sorts of very painful things can result.

“We grew up with the story big boys don’t cry, but let me tell you, tears are a gift from God. So either you cry on the outside, tears are healing, there is a healing in tears.

“So you can choose to cry the tears on the outside and they do you good or you cry them on the inside and it builds up and builds up until it all eventually comes to a head and you hit the wall or you hit the bottle, you hit something.”

Mr Laverty also spoke of his concerns over how the past was being remembered.

“We are coming to the 50th anniversaries (of the start of the Troubles), I just really wonder about the programmes which have just been produced about it because I am conscious there are a lot of young people now who are being encouraged to become involved in ’causes’, I am just afraid of that,” he said.

“This book brings everything back down to earth, these are just ordinary people from every walk of life who their hearts are broken.”