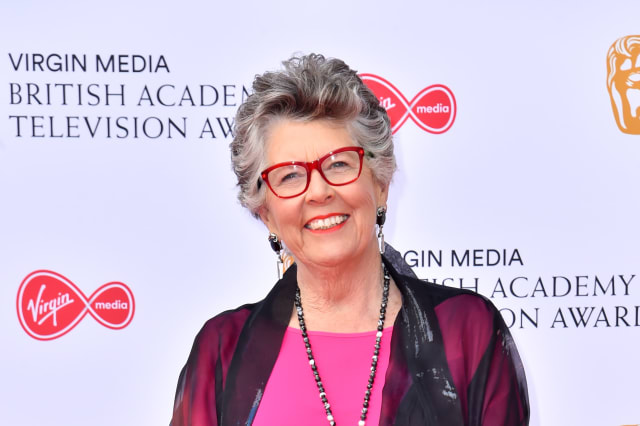 Prue Leith says "squeamishness" about eating insects is "misplaced" and they could appear on more dinner plates in future.

The Great British Bake Off judge, 79, endorsed crickets and mealworms as a more environmentally friendly alternative to traditional farming.

Insects, which already form part of diets around the world, offer a "great hope for cheap protein", she wrote in The Daily Telegraph.

"I think we'll find our squeamishness about eating bugs is misplaced.

"In my Johannesburg childhood garden, our Xhosa maid used to catch and eat hatching termites as they flew out of the cracks in the bark of the jacaranda tree.

"I tried one and spat it out when the fluttering wings in my mouth upset me.

"'But it's still flying', I complained. 'Yes, that is what is so good', she replied," Leith wrote.

She has also eaten mopane worms and deep-fried crickets.

"Anything crisp and deep fried is good, is it not? The truth is, we are not going to be able to afford our cultural prejudices," Leith wrote.

"To feed the world, we need to find alternatives. Insects, especially crickets and mealworms, are already used in flours, biscuits and animal feed."

Farming bugs does not require as much land and water as animal farming, she said, and produces less ammonia.