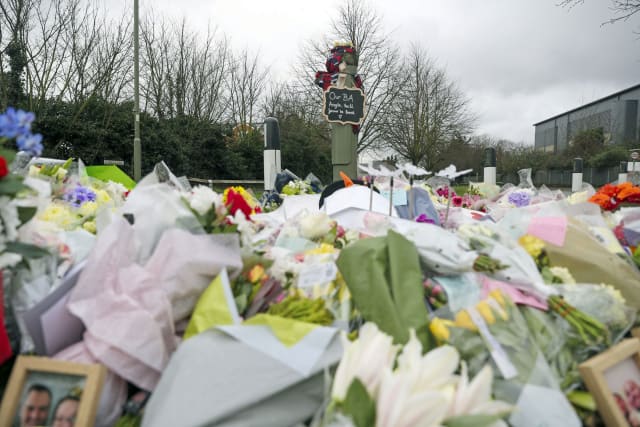 The mother of one of the British Airways crew killed in a New Year’s Eve car crash has paid tribute to her “gem” and “star” of a son.

Dominic Fell, 23, was one of three airline staff killed when their car collided with an HGV near Heathrow Airport shortly before midnight on Tuesday.

His mother, Christina McGilligan-Fell, told the Grimsby Telegraph: “It has been a privilege to have been his mother.

“He will always be my gem and my star.”

Mr Fell died alongside colleagues Joe Finnis, 25, and Rachel Clark, 20, at the scene in Stanwell, Surrey.

A 25-year-old who was travelling in the same car as the three victims was taken to hospital in a serious condition.

Tributes have been paid to all three cabin crew on a GoFundMe page that has raised more than £81,000.

Posts on the BA Angels fundraiser included condolences from Laura Stewart, who said: “Dom and Joe were truly special men and I hope that their families take some comfort in knowing that they were so loved by everyone they have flown with! I’ll miss you.”

Ms McGilligan-Fell added: “I have read many of the tributes to Dominic and they are wonderful and reflect how gregarious, genuine, and humanitarian he was.

“I have never seen such wonderful accolades from people all over the country.”

The off-duty BA cabin crew were in a white Toyota Yaris which was involved in a crash with a white Mercedes HGV at the junction of Bedfont Road and Long Lane in Stanwell, Surrey, at 11.39pm on New Year’s Eve.

The lorry, which was part of a fleet which is operated by air services provider dnata, left the road and ended up in nearby Longford River.

It is understood two of the four cabin crew had finished work at about 6pm, while the other two were on a day off and not scheduled to be on duty.

Surrey Police issued the names of the three dead, but said that formal identification had not yet taken place.