Lidl to remove cartoon characters from cereal packaging by spring 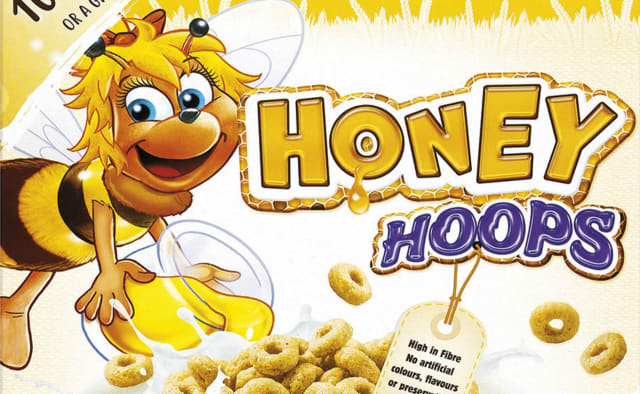 Supermarket giant Lidl has announced it will remove cartoon characters from all its own-brand cereal packaging in Britain by the spring.

The move will encourage healthier choices and help parents tackle “pester power” from their children while shopping in the aisles, Lidl said.

In a survey of 1,000 parents of primary school-age children conducted by Opinium for the supermarket, three-quarters said they experience pressure from their children.

And half said they believe cartoon characters on cereal packaging encourages this, the research from February 2019 found.

Lidl said it will introduce cartoon-free packaging on its Crownfield cereals from spring 2020, to “allow existing stock to sell through and reduce waste”.

Georgina Hall, Lidl’s head of corporate social responsibility, said: “We want to help parents across Britain make healthy and informed choices about the food they buy for their children.

“We know pester power can cause difficult battles on the shop floor and we’re hoping that removing cartoon characters from cereal packaging will alleviate some of the pressure parents are under.

“This latest move underpins our commitment to making good food accessible for everyone and helping customers lead healthier lives.”

Lidl, which has 790 stores in Great Britain, said it has achieved a reduction of over 20% in the volume of sugar across its own-brand cereal range since 2015.

At present, food firms are in a voluntary agreement with the Government over cutting sugar and fat in foods.

There is a mandatory “sugar tax” on soft drinks, which is proving much more effective than the voluntary agreement. It has led to a 28.8% reduction in sugar per 100ml of drink.

In October, the outgoing Chief Medical Officer for England used her final report to demand bolder action from ministers, including stricter regulation of food companies that seek to manipulate children.

Professor Dame Sally Davies called for the successful tax on sugary drinks to be extended to milk drinks that contain added sugar, such as milkshakes, and for ministers to consider plain packaging for unhealthy food.

Katharine Jenner, a nutritionist at the charity Action on Sugar, said: “We fully applaud Lidl GB’s decision to remove cartoon characters from all its cereal packaging by spring 2020.

“If they can do it, why can’t everyone else? We hope the tide is now turning and that other retailers and food manufacturers will follow suit for both own-label and branded products.

“We’re in the midst of a child obesity crisis and it’s wrong to advertise sugary, fatty, salty foods to kids.

“It’s time for the Government to step in and underpin tighter advertising restrictions with similar rules for packaging and promotions.”