Lib Dem MP praised after coming out as pansexual 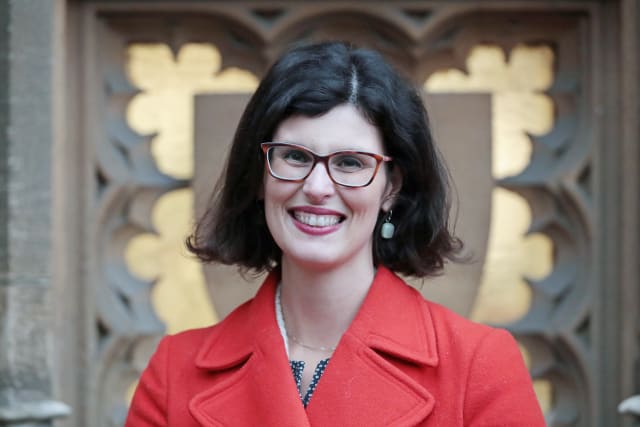 Liberal Democrat MP Layla Moran has been praised for coming out as pansexual and for openly criticising Parliament as a “weird, backwards place” for LGBTQ people.

MPs from all parties have taken to social media to express their well wishes for Ms Moran and her partner, former Liberal Democrats head of press Rosy Cobb.

Ms Moran said it was “surprising” for her when she started a relationship with a woman but said her sexuality was not about “physical attributions of the person you fall in love with, it’s about the person themselves”.

She said coming out in the context of being an MP had been “slightly more difficult” than telling her friends and family.

But colleagues from all sides of the Commons have praised Ms Moran, who is thought to be considering a bid for the Lib Dem leadership, for making the announcement.

The Green Party’s Caroline Lucas and Conservative MP for Chichester Gillian Keegan were among the first to congratulate the Lib Dem MP.

Former Lib Dem MP Stephen Lloyd, who lost his Eastbourne seat in the December election, posted: “Congrats to two fine women, Layla and Rosy, that I am proud to be good friends with.”

Labour MP for Ogmore Chris Elmore also added his congratulations, tweeting: “Wonderful to see Layla. Wishing you both nothing but happiness and joy x.”.

Linda Riley, co-founder of the British LGBT Awards was full of praise for Ms Moran, posting: “Congratulations – Coming out is one of the most difficult choices for so many people, to do so, so publicly takes extreme courage.”

Pansexuality differs from bisexuality, where people are attracted to more than one gender, because pansexuals describe not recognising gender as part of their attraction.

In an interview with the PinkNews website, the 37-year-old Oxford West and Abingdon MP said she had previously only had relationships with men but about six months ago she started a relationship with a woman she met through work.

Ms Moran’s new partner Ms Cobb was suspended from her role by the Liberal Democrats last month after being accused of faking an email in order to quash a negative news story.

The Liberal Democrats had been accused by OpenDemocracy of selling voter data for £100,000 to the Remain campaign during the 2016 referendum, something the party denies.

“However, we have been made aware that the information OpenDemocracy subsequently received from the Liberal Democrats was incorrect.

“We have suspended a member of staff involved and are following due process.”

Discussing her relationship with Ms Cobb, Ms Moran said: “It wasn’t really something I had done before or considered before, but sometimes when you meet the right person, it just kind of happens.

“We’re in a really committed, loving, supportive, relationship, and I feel now is the time to talk about it, because as an MP I spend a lot of my time defending our community and talking about our community. I want people to know I am part of our community as well.”