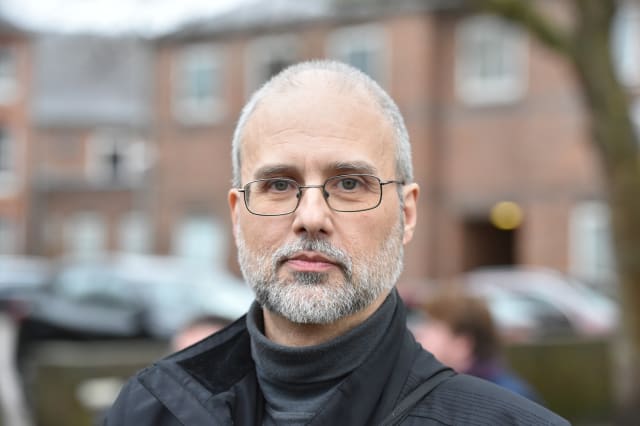 A tribunal judge has ruled he is "overwhelmingly satisfied" that ethical veganism is a philosophical belief and is therefore a protected characteristic under the Equality Act 2010.

Jordi Casamitjana said he was sacked by the League Against Cruel Sports after raising concerns that its pension fund was being invested into companies involved in animal testing.

The 55-year-old, from London, claims he was unfairly disciplined for making this disclosure and that the decision to dismiss him was because of his philosophical belief in ethical veganism.

At his employment tribunal in Norwich on Friday, judge Robin Postle ruled that ethical veganism satisfies the tests required for it to be a philosophical belief and is therefore a protected characteristic.

He also ruled that Mr Casamitjana adheres to the belief of ethical veganism.

In his short judgment, Judge Postle said ethical veganism was "important" and "worthy" of respect in a democratic society.

He said: "I am satisfied overwhelmingly that ethical veganism does constitute a philosophical belief and is a protected characteristic."

Dietary vegans and ethical vegans both eat a plant-based diet, but ethical vegans also try to exclude all forms of animal exploitation including not wearing clothing made of wool or leather and not using products tested on animals.

The League Against Cruel Sports did not contest the issue of whether ethical veganism should be a protected belief during the hearing.

Under the Equality Act it is unlawful to discriminate, harass or victimise workers or job applicants on the grounds of their religion, religious belief or philosophical belief.

Speaking after the ruling, Slater and Gordon solicitor Peter Daly, who is acting for Mr Casamitjana, said: "This is a very significant judgment.

He said any abuse directed at ethical vegans "might be seen to be harassment in the same way a racist or sexist slur might be discriminatory action".

Mr Daly said: "The recognition of ethical veganism as a protected characteristic under the Equality Act 2010 will have potentially significant effects on employment and the workplace, education, transport and the provision of goods and services."

During the short hearing, Mr Casamitjana was not required to read out any of his statement, which had already been submitted in written form, and was not asked any questions by the judge, his own legal representative or Rhys Wyborn, employment partner at law firm, Shakespeare Martineau, who acted for the League Against Cruel Sports.

Judge Postle, who said he had read much of the written statements on Thursday, said he will provide a full judgment at a later date.

He said: "It [ethical veganism] is not just about choices of diet, but it is about what that person wears, and all aspects of their life seem to be governed by ethical veganism."

The tribunal will now determine whether The League Against Cruel Sports treated Mr Casamitjana less favourably because of his belief in ethical veganism.

Mr Wyborn said: "The league is now looking ahead to the substantive hearing in this case and to addressing the reason for Mr Casamitjana's dismissal, which it maintains was due to his misconduct and not the belief he holds."

Mr Casamitjana said his belief in ethical veganism could be seen in "almost every aspect" of his life.

In his witness statement he claims to go as far as avoiding holding onto leather straps or sitting on leather seats, and prefers to walk rather than catch a bus in order to avoid accidental crashes with insects or birds.

Speaking after the ruling, he said: "This is a very important ruling for vegans everywhere in the world. That will inspire other vegans in other countries that don't have that protection to develop cases that will lead to that protection."