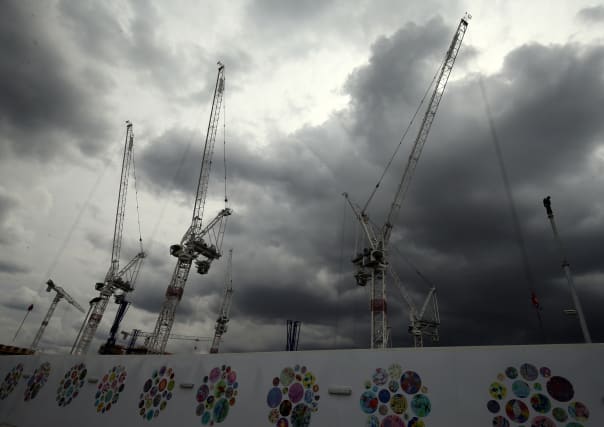 The UK construction sector “sharply” declined last month on the back of political uncertainty and subdued demand ahead of the general election, according to new figures.

It revealed a reading of 44.4 for the month, reflecting a slump from 45.3 in November, as the sector remained firmly in a position of contraction.

Any reading below 50 points means the sector is in retreat. The figure was below analyst forecasts, who had predicted a slow-down to a 45.6 reading for the month.

The report highlighted a “sharp reduction” in construction output for December, which saw the sharpest decline in civil engineering activity for more than a decade.

Tim Moore, economics associate director at IHS Markit, said: “December data suggested that the UK construction sector limped through the final quarter of 2019, with output falling in all three major categories of work.

“Brexit uncertainty and spending delays ahead of the General Election were once again the most commonly cited factors highlighted by firms experiencing a drop in construction activity.”

Duncan Brock, group director at the Chartered Institute of Procurement & Supply, said: “The civil engineering sector was the biggest victim of this new wave of decline registering its sharpest fall since March 2009.

“The relatively resilient residential sector also continued its downward spiral although at a slower rate compared to the last six months offering some small moderation in the face of reduced overall activity.”

The monthly report also highlighted a “sharp drop” in commercial work, which it said was “partly attributed to clients opting to postpone spending decisions ahead of the general election”.

Housebuilding also declined for the seventh consecutive month, although the rate of decline was considered “modest”.

Construction companies said they saw a decline in new business for the month, but they also reported the softest decline in staffing numbers for four months.

Meanwhile, cost rises slowed down over the period, with the latest increase in overall purchasing costs the weakest recorded by the survey for almost 10 years.