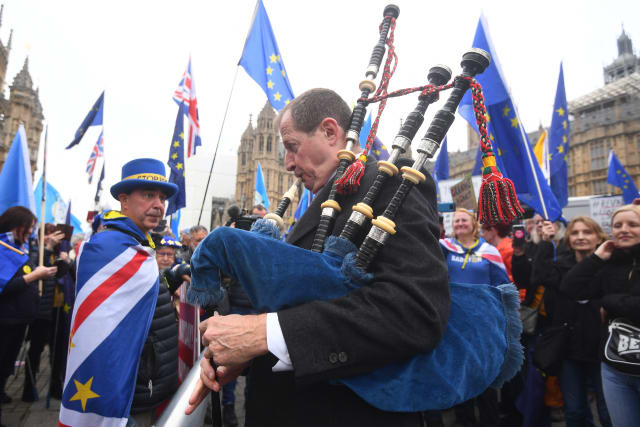 Alastair Campbell has shared footage of a trip to Charles Kennedy’s grave in Scotland, including a lament on the bagpipes.

Mr Campbell was a close friend of Mr Kennedy despite a difference of political opinion, and attended the former Liberal Democrat leader’s funeral in the Highlands in 2015.

“Annual trip to the most beautiful burial ground on earth to play a lament for Charles Kennedy at Clunes in the Highlands” Mr Campbell, former Downing Street spin doctor under Tony Blair, tweeted.

In the attached video, Mr Campbell can be seen playing the bagpipes for more than a minute in front of Mr Kennedy’s headstone.

In a subsequent tweet, Mr Campbell shared another video of himself playing the instrument with the caption: “And here is the lament that was played at his funeral.”

After Mr Kennedy’s death in 2015, then Commons Speaker John Bercow said: “Charles had the rare ability to reach out to millions of people of all political persuasions and of none across the country”.