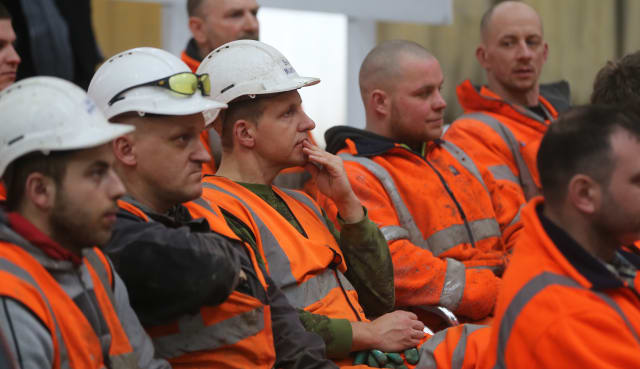 The UK’s manufacturing sector shrunk at its fastest pace in almost seven-and-a-half years as businesses continued to feel the fallout from recent political and economy uncertainty, according to a new survey.

The closely-followed IHS Markit/CIPS Purchasing Managers’ Index (PMI) recorded a score of 47.5 in December, with anything below 50 seen as a contraction – marking the eighth successive month of missing the neutral mark.

Businesses are continuing to wait for greater political certainty before spending heavily in the manufacturing sector, and commentators are awaiting greater clarity from the Government over its Brexit plans and future trading relationships.

“With demand weak and confidence remaining subdued, input purchasing was pared back sharply and jobs cut for the ninth successive month.

“The downturn is still being hardest felt at companies reliant on investment and business-to-business spending.”

He added there was a slight uptick in consumer goods production, but this was not enough to offset the falls elsewhere in the sector.

“On this basis, it looks like UK manufacturing and the broader economy may both start the new decade as they began the last, too reliant on consumer spending and still waiting for a sustained improvement in investment levels.”

Despite the falls, the survey, which was carried out between December 5 and 18, found that business confidence remains.

More than 43% of companies forecast output to be higher in a year compared with today, with just one in 10 predicting a contraction.

The optimism was put down to the reduced uncertainty from the general election, new product launches and improved client confidence, the survey said.

However, the confidence levels remain below those recorded in November, particularly as employment was reduced in manufacturing for the ninth successive month in December.

Duncan Brock, group director at the Chartered Institute of Procurement & Supply, added: “The pace of manufacturing’s decline in December will set alarm bells ringing as production levels sank at their fastest levels since July 2012 and with no sign of immediate recovery in sight.

“In the closing stages of the year the sector has ended on a dreary note. Though the result of the general election will bring some clarity to businesses, it still feels like a long road ahead for manufacturing to recover its losses from this year and there will still be some obstacles to overcome in 2020.”