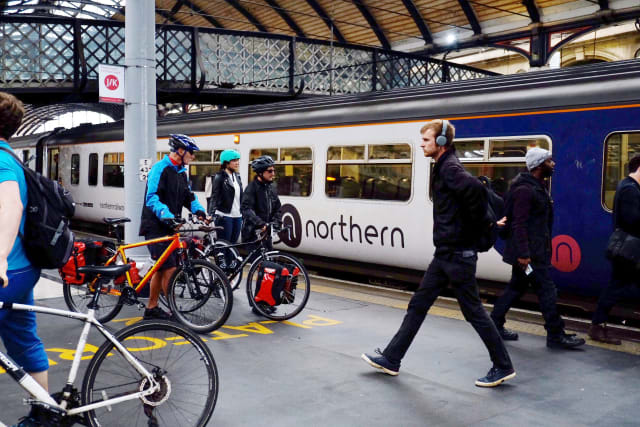 Train operator Northern is to have its contract ripped up, Transport Secretary Grant Shapps has announced.

Passengers will “not have to wait long” before action is taken due to services being “really bad”, he said.

Office of Rail and Road figures show just 56% of Northern trains arrived at stations within one minute of the timetable in the 12 months to December 7, compared with the average across Britain of 65%.

The chaotic introduction of new timetables in May 2018 saw hundreds of trains a day cancelled.

Punctuality and reliability problems continue to blight the network.

When asked by the PA news agency if Northern should be stripped of its franchise, Mr Shapps replied: “The simple answer to the question is yes, it is going to be brought to an end.

“It’s partially a legal process but frustrated commuters will not have to wait long.”

But Department for Transport officials later clarified that Northern could continue to operate services through a new, short-term contract.

The other option being considered is nationalising services by putting the Government-controlled Operator of Last Resort (OLR) in charge.

This is what happened on the east coast route in June 2018 following the failure of the Virgin Trains East Coast franchise.

German-based Arriva holds the Northern franchise, which was due to run until March 2025.

Mr Shapps first announced in October 2019 that he had issued a request for proposals, which involved asking Northern and the OLR to outline their plans to improve services.

Northern says it has faced unprecedented challenges outside its “direct control” such as major infrastructure upgrades running behind schedule and delays in the building and delivery of new trains.

Mayor of Greater Manchester Andy Burnham expressed concern that the firm could be given a new contract.

“That would be a reward for failure and completely unacceptable to us,” he said.

“I call on the Government to rule it out, put our rail services under public control and work with us towards Greater Manchester taking devolved control.”

“I only wish this Conservative government had realised the North’s train services were in chaos sooner.”

Rail passengers were hit by the annual fares rise on Thursday, with tickets increasing in price by an average of 2.7%.

West Midlands mayor Andy Street reiterated his ultimatum that he will demand West Midlands Trains has its franchise removed unless services improve by the end of the month.

He said: “What passengers really want is a service they can rely on seven days a week.”

Emily Yates, co-founder of campaign group the Association of British Commuters, described the increase in fares as “a complete charade”.

She said: “Every year we ask for a fares freeze, the Government says no and the rail industry defends the decision.”

Robert Nisbet, director of nations and regions for industry body the Rail Delivery Group, urged passengers to “bear with us”.

He acknowledged there are “pockets of difficulty around the network” but insisted “we’re tackling them”.