Northern to be stripped of rail franchise – Shapps 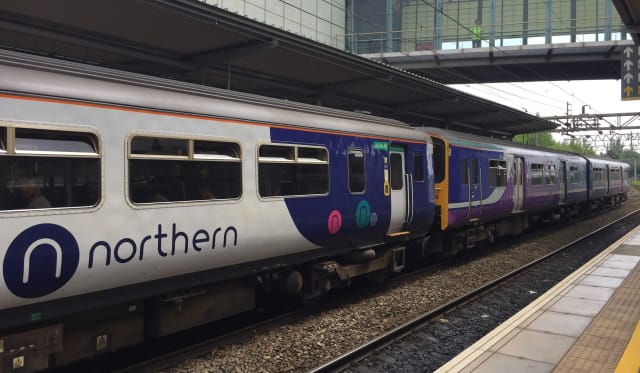 Train operator Northern is to be stripped of its franchise, Transport Secretary Grant Shapps said, as fares across Britain rose by an average of 2.7%.

“Frustrated commuters will not have to wait long” before action is taken, he told the PA news agency.

The chaotic introduction of new timetables in May 2018 saw up to 310 Northern trains a day cancelled, and punctuality and reliability problems continue to blight the network.

Office of Rail and Road figures show just 55.6% of Northern trains arrived at stations within one minute of the timetable in the 12 months to December 7, compared with the average across Britain of 65.3%.

German-based Arriva holds the Northern franchise, which is due to run until March 2025.

Mr Shapps described services on the route as “really bad” and claimed passengers have “had a nightmare on that line” since 2016.

Asked if Northern will be stripped of its franchise, he replied: “The simple answer to the question is yes, it is going to be brought to an end.

“It’s partially a legal process but frustrated commuters will not have to wait long.”

Mr Shapps announced in autumn that he had taken the first steps towards potentially taking the franchise away by issuing a “request for proposals”.

The existing agreement with Northern will be replaced by either a new short-term management contract or by nationalising services by putting the Government-controlled Operator of Last Resort in charge.

Northern says it has faced unprecedented challenges which were “outside the direct control of Northern” such as the late delivery of major infrastructure upgrades and delays in the building and delivery of new trains.

Thousands of long-distance commuters saw the annual cost of getting to work increase by more than £100 on Thursday as average fares rose by 2.7%.

Fewer than half (47%) of passengers are satisfied with the value for money of train tickets, according to the latest survey by watchdog Transport Focus.

Emily Yates, co-founder of campaign group the Association of British Commuters, said: “It feels like Groundhog Day, to be honest, it’s a complete charade.

“Every year, we ask for a fares freeze, the Government says no and the rail industry defends the decision.”

Accountant Andrew Jordan, 24, who was travelling through London Bridge station, described the fares rise as “quite galling for me as a commuter”.

He said: “The services don’t get any better. You’d like to get something for your money.”

Robert Nisbet, director of nations and regions for industry body the Rail Delivery Group, urged passengers to “bear with us”.

He acknowledged there are “pockets of difficulty around the network” but insisted “we’re tackling them”.

He added: “By the mid-2020s we should have replaced half the entire rolling stock of Great Britain and added 11,300 services every weekday. That is a significant investment.”

Among the routes where the price of annual season tickets has increased by a three-figure sum are:

Passengers buying tickets for day trips have also been hit by the fares rise.

The increase in around 45% of fares, including season tickets, is regulated by the UK, Scottish and Welsh governments.

This is predominantly capped at July’s RPI inflation figure, which was 2.8%.