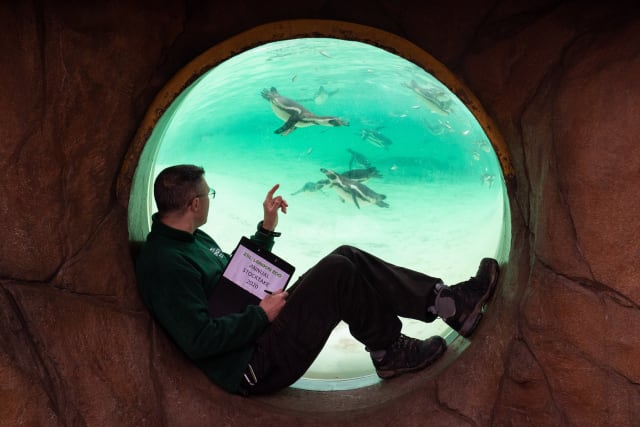 A two-toed sloth and six penguin chicks are among the new residents at ZSL London Zoo, which is beginning the decade conducting its annual animal stocktake.

Each year, zookeepers armed with clipboards and calculators tally up every mammal, bird, reptile, fish and invertebrate at the zoo, home to almost 600 different species.

Some 91 Humboldt penguins and the zoo’s four critically endangered Asiatic lions, Heidi, Indi, Rubi and Bhanu, were among the first creatures to be counted.

There were plenty of new arrivals at the zoo in 2019, all set to be added to the census.

After being rescued from the illegal wildlife trade, four Chinese giant salamanders and four big-headed turtles were given a home at the Zoo last year.

A requirement of the Zoo’s licence, the annual audit takes keepers almost a week to complete, and the information is shared with other zoos around the world.

Teague Stubbington, assistant curator of mammals, said: “It’s the time of year where so many of us are taking stock and looking forward and here at ZSL London Zoo we’re doing exactly the same.”

Some 19,035 animals were counted at the zoo in last year’s census, which houses more than 580 species.