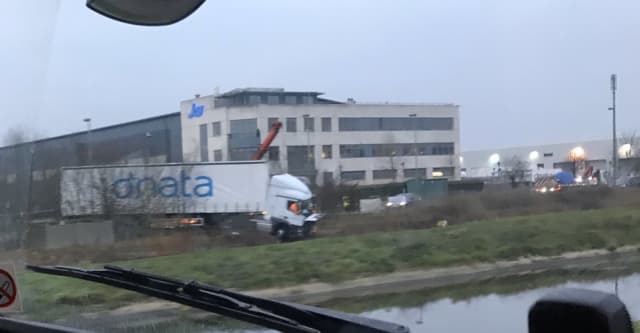 Two of the three British Airways cabin crew killed on New Year’s Eve in a collision with a lorry have been named in tributes from friends and colleagues.

Dominic Fell, 23, Joe Finnis, 25, and a 20-year-old woman died at the scene of the crash close to Heathrow Airport shortly before midnight.

A 25-year-old who was travelling in the same car as the three victims was taken to hospital in a serious condition.

Malgorzata Kubik posted on the site: “Joe was my coach and he always made sure we were OK.

“I hope he is in a better place now and I would like to send big hugs to his friends and family I am with you in this painful and difficult time especially of that time a year.”

Daniel Seymour wrote: “Joe has been my good friend for a while. I even was in the gym with him on the day he passed.

“I’m so sad and wish him to have the best send off possible. As well as the others involved in the accident. They will all be missed.”

Laura Stewart said: “Dom and Joe were truly special men and I hope that their families take some comfort in knowing that they were so loved by everyone they have flown with! I’ll miss you.”

Bailey Faulkner posted on Facebook: “It’s a sad time when you get a message being told that two close mates from the skies have both passed away minutes before 2020!”

He added: “I couldn’t thank you both for the endless trips together all across the world which each time was full of boozing and laughter, not forgetting the days spent sat in the pub! Gutted you’ve gone but you’ll never be forgotten! Keep flying high.”

A BA spokesman said: “We’re deeply saddened to learn of the death of our colleagues involved in a road traffic collision last night.

“Our thoughts are with their family and friends, who we are supporting at this distressing time.”

The off-duty BA cabin crew were in a white Toyota Yaris which was involved in a crash with a white Mercedes HGV at the junction of Bedfont Road and Long Lane in Stanwell, Surrey, at 11.39pm on New Year’s Eve.

The lorry, which was part of a fleet which is operated by air services provider dnata, left the road and ended up in nearby Longford River.

The lorry driver was taken to hospital as a precaution.

It is understood two of the four cabin crew had finished work at about 6pm, while the other two were on a day off and not scheduled to be on duty.

A spokesman for dnata – which provides ground handling, cargo, travel, and flight catering services to airlines – said: “We can confirm that one of our trucks was involved in a road traffic accident on the evening of December 31.

“We are fully assisting relevant authorities with their investigations. Our thoughts and condolences are with the families of those affected by this very sad incident.”

Sergeant Chris Schultze, of Surrey and Sussex Roads Policing Unit, said: “Our thoughts are with the family and friends of those involved in this collision at what is an extremely difficult time.

“We are continuing to appeal for witnesses to what happened and would urge anyone who may have any video footage, CCTV or dash cam or any other kind, to get in touch with us.”