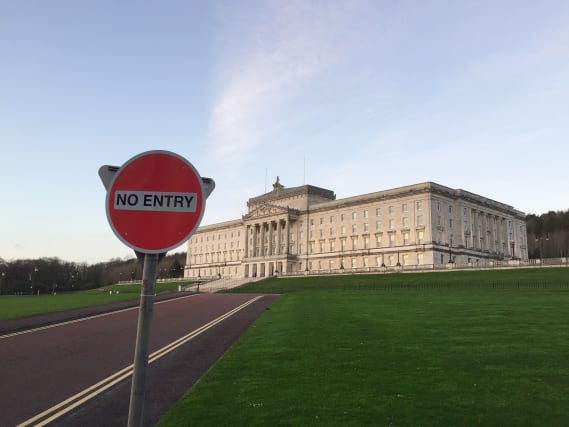 Simon Coveney said the new year offered a chance for a new beginning and urged all sides not to disappoint the public again.

Negotiations formally resume on Thursday after a pause for the festive period.

Mr Coveney and Northern Ireland Secretary Julian Smith were in Belfast on New Year’s Day for pre-talks discussions ahead of the resumption of exchanges with the political parties on Thursday morning.

The parties have until a January 13 deadline to strike a deal to revive devolution.

On that date, legislation to give civil servants additional powers to run Northern Ireland’s struggling public services expires and Mr Smith will assume a legal obligation to call a snap Assembly election.

On the journey up to Belfast ahead of the new round of talks, Mr Coveney reflected on the importance of the coming fortnight.

He tweeted: “2020 can be a new beginning for politics in NI with leadership & generosity from all sides – we’ve got less than 2 weeks – let’s not disappoint again! NEW YEAR, NEW BEGINNING!”

In a subsequent New Year’s Day video posted by Taoiseach Leo Varadkar outlining his government’s priorities for 2020, Mr Coveney added: “We are determined to work with all of the parties in Northern Ireland to get the devolved government back up and running again, to get the institutions of the Good Friday Agreement functioning again, to bring communities together and to ensure that Northern Ireland can make decisions for itself.”

The latest push to restore powersharing broke up the week before Christmas, with UK and Irish governments singling out the DUP as the party standing in the way of a deal.

The party rejected the claims, insisting it would not be “bounced” into a “quick fix” that falls apart when tested.

Devolution can only be restored once the DUP and Sinn Fein – the region’s two largest parties – agree terms to re-enter a mandatory coalition executive in Belfast.

The other three main parties – the SDLP, Ulster Unionists and Alliance – are also involved in the talks process convened by the UK and Irish governments.

While they could take positions in any new executive, their sign-off on a deal is not essential and a government could be formed in their absence, with those parties having the option of going into opposition.

Expectations of a breakthrough in the three-year powersharing impasse rose after the general election.

The DUP and Sinn Fein both suffered bruising results, with many interpreting the outcome as the public passing judgment on their failure to do a deal and providing a fresh incentive to do business.

However, proposals to reform a contentious cross-community voting mechanism in the Assembly have emerged as a key sticking point in efforts to finalise an agreement, with the DUP unhappy about what is being countenanced.

The DUP is also seeking changes to ensure the devolved institutions are more stable in future and cannot be readily pulled down.

Proposed legislative protections for Irish language speakers are another crucial element of the negotiations.

The Stormont parties are also seeking a firm commitment from the UK government on a financial package to accompany the return of devolution – money that would likely be targeted at the region’s crisis-hit health service.

The leaders of the DUP and Sinn Fein used their respective New Year messages to restate a desire to return to government.

DUP leader Arlene Foster said it must be a decade of “decision rather than dithering”.

“The talks will recommence on Thursday,” she said.

“We will be there and stand ready to restore devolution through a fair and balanced deal.  A Northern Ireland that is going to keeping moving forward must be one where everyone feels at home but must also be one where no-one feels their culture is being marginalised.”

While Ms Foster warned that a focus on a potential border poll would lead to a “wasted decade”, Sinn Fein president Mary Lou McDonald insisted a united Ireland was within reach.

But the republican leader added: “There is no contradiction in working for Irish unity and working for the restoration of the Executive and Assembly – they are all part of the Good Friday Agreement.

“We have spent three years searching for agreement to re-establish the north’s institutions and we got there in February 2018, but the DUP walked away from that deal. We cannot have that scenario again – the choice is now for agreement, or elections, but the current situation cannot continue.

“It is in the interests of all our people that we establish good government and real power-sharing based on equality and respect.

“The outstanding issues can be resolved. The time for acrimony and division is over. The time for slogans and soundbites is over. The test now for every party that has talked up getting back to work is to go back to the Executive table and deliver.”

Stormont imploded three years ago this month when the late Sinn Fein deputy first minister Martin McGuinness resigned in protest at the DUP’s handling of a botched green energy scheme.

That dispute soon widened to encompass traditional rifts over issues such as the Irish language and the toxic legacy of the Troubles.

A logjam over proposals to reform the petition of concern voting mechanism was one of the main reasons a deal failed to materialise before Christmas.

It was designed to protect minority rights but politicians have accused each other of misusing it for their own ends.