A murder investigation has been launched after two people were found dead in a home in Derbyshire.

Derbyshire Constabulary were called to a house on New Zealand Lane in the village of Duffield at 4.11am on New Year's Day. 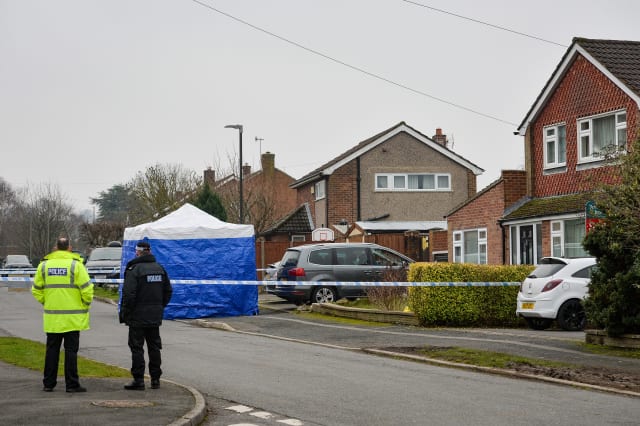 Officers found a man and a woman fatally injured inside.

A 39-year-old man was arrested at the scene on suspicion of two counts of murder and remains in custody.

Detectives said they were not looking for anyone else in connection with the deaths and there was no one else in the property at the time.

Formal identification of the victims has yet to take place and specially trained liaison officers are supporting their families.

Police said New Zealand Lane has been closed while they investigate and thanked residents for their patience and understanding.