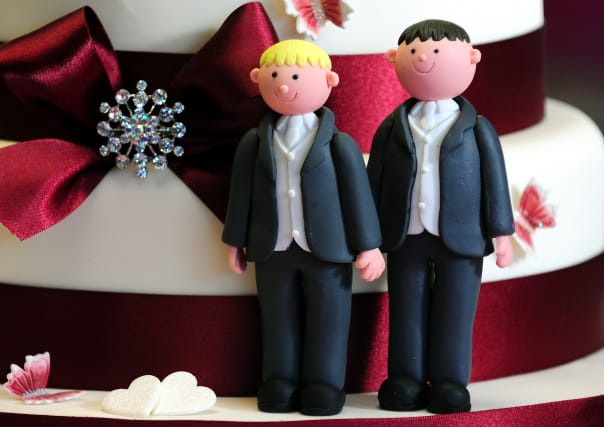 Clerics who speak out against the introduction of same sex marriage in Northern Ireland could face arrest, a Christian organisation has warned.

The Christian Institute expressed concern after commissioning a legal expert to examine what free speech protections are currently on offer to ministers who criticise the landmark move.

Public law specialist Ivan Hare QC said the threshold for prosecuting an individual for incitement to hatred offences in Northern Ireland was “substantially lower” than in England and Wales.

He said the result meant free speech in the region was “more vulnerable to infringement”.

The institution has forwarded the legal opinion it secured from Mr Hare to Northern Ireland Secretary Julian Smith.

Regulations to permit same sex marriage in the region are due to be introduced later this month as a consequence of legislation passed by Westminster MPs last year in the ongoing absence of a Stormont executive.

But Mr Hare said there was a “very real risk” of free speech on the same sex marriage debate being “suppressed”.

The institute has called for the Government to beef up free speech protections in Northern Ireland to ensure the legal position reflects changes made in England and Wales when same sex marriage was introduced there.

The organisation warned Mr Smith that he may face legal action if he failed to implement such protections.

The institute’s deputy director Simon Calvert said: “I am extremely concerned that Northern Ireland’s unique public order law could get in the way of free speech and debate about gay marriage.

“We don’t want the police using public order law to try to punish ministers for preaching the bible and arrest them for what they say from the pulpit.

“People will speak plainly on both sides of this issue. It must be a free debate and a free-flowing exchange of ideas, not a spectacle involving people being arrested.

“Even if these arrests never lead to a prosecution, the chilling effect would be huge.

“So we need clear protections for free speech written into public order law in Northern Ireland – just like they were in England and Wales before gay marriage was introduced there.”

A spokeswoman for the Government said protections had been examined in a public consultation on the law change, the results of which were being prepared for publication.

“Parliament passed legislation which requires the UK Government to put in place legislation to allow for same sex marriage and opposite sex civil partnership in Northern Ireland by 13 January 2020,” she said.

“We are working hard to meet this deadline. As the Secretary of State announced in Parliament in October, a public consultation on same-sex religious marriage in Northern Ireland (and the associated protections), as well as conversion entitlements, is being prepared for publication, subject to confirmation by the Government.”