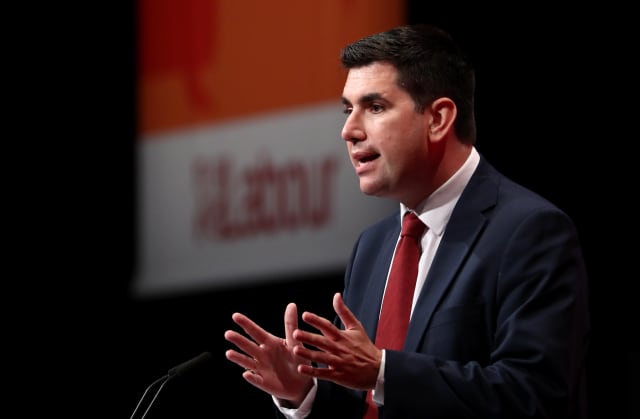 Shadow justice secretary Richard Burgon has said he is to run for Labour deputy leader, arguing the party must not abandon the policies of Jeremy Corbyn.

The left-winger said it would be wrong to point the finger of blame at Mr Corbyn for Labour’s “devastating” general election defeat.

Instead, he said that the party had lost out to the Tories in a contest where the overriding issue of Brexit had triumphed over traditional party loyalties.

His decision to stand could pitch him into a contest with shadow education secretary Angela Rayner, who is reported to be considering a run for the deputy post vacated by Tom Watson.

Ms Rayner had been touted as a contender for the top job but was said to have decided to stand aside to give her close friend, shadow business secretary Rebecca Long Bailey, a clear run as the favourite of the left.

Shadow women and equalities secretary Dawn Butler, another left-wing ally of Mr Corbyn, has already declared that she is a candidate for the deputy leadership.

In a recent article for the Tribune magazine, Mr Burgon rejected criticism of Mr Corbyn over the party’s election performance, saying that in the 2017 election he increased Labour’s vote by 3.5 million.

“Given that we had the same leader in Jeremy Corbyn and a similar manifesto to 2017, I think it is mistaken to focus blame there,” he said.

“Nobody campaigned with greater energy, resilience and principle than Jeremy and all of us in the shadow cabinet need to accept responsibility.

“We can’t allow blame for this election to fall on Jeremy’s shoulders alone.”

Mr Burgon also defended the party’s election manifesto saying it would be wrong to abandon its promised “green industrial revolution” in favour of a return to “market-driven economics”.

“Others may think that we need to triangulate instead. The evidence does not support this,” he said.

“A weakening of Labour’s popular commitments to ending austerity, returning rail, mail and water to public ownership and a more interventionist role for the state would not win more votes.

“Change is going to be needed, but we need to ensure we don’t throw the baby out with the bathwater.”

Mr Burgon said more than 50 of the 60 seats lost by Labour had been in Leave-supporting areas and called on whoever becomes the next leader to establish a special commission to look into how they could be won back.

“When campaigning in many constituencies across the North and Midlands, as I did, I heard people say they were ‘lending’ their vote to the Conservatives,” he said.

“We certainly can’t take it for granted that those voters, or Labour voters who stayed at home, will back us next time.

“Scotland shows what can happen when people break with their pattern of voting for Labour.”