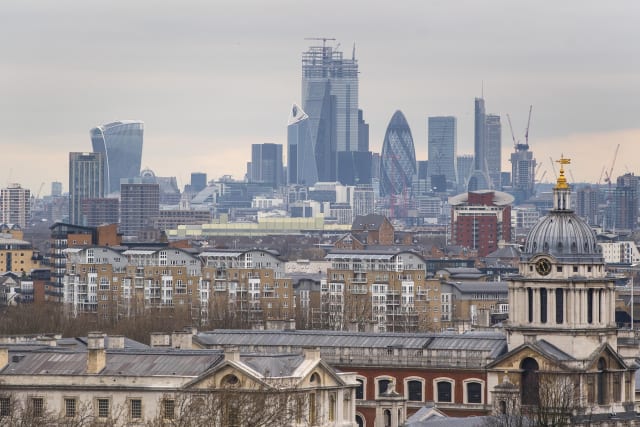 The FTSE 100 slipped on the final trading day of the year as a strengthening pound and continued global trade concerns pressed down on blue chip stocks.

It highlighted a definite end to the market’s recent purple patch which saw it rise higher for 11 consecutive days.

Despite US president Donald Trump’s trade adviser Peter Navarro saying a Phase One trade agreement with China is “in the bag”, traders appeared to remain cautious.

“Sure, the worst-case of a tariff escalation scenario has been seemingly averted.

“But, once the P1 deal is signed, investors will then press to consider the P2 risks, after all how much more progress can be realistically expected ahead of the US elections next year.”

A positive day for the pound also helped to weigh down the most internationally-focused companies on the FTSE 100, with drug-makers notably weak in the trading session.

Sterling continued its end-of-year rally to close higher, as continued optimism over Brexit helped the currency move into the new year on the front foot.

Across the Atlantic, traders were also pessimistic after the Dow Jones reported a 0.6% drop in trading on Monday.

The firm – which is used by technology giants such as Google, Amazon and Facebook – said total 2019 revenues will miss expectations after it failed to close deals including a customer data platform licence and marketplace supply deal in December.

Elsewhere, Shares in Urban Exposure jumped after the asset management business said it expects to report lower operating costs for the year than previously forecast.

The AIM-listed business said costs for 2019 are due to be lower than previous expectations due to reduced staff expenses, stemming from lower remuneration and the hiring of fewer people than previously budgeted. The business closed 2.5p higher at 70p at the end of trading.

Meanwhile, drugs giant GlaxoSmithKline slipped after it completed the divestment of its Rabipur travel vaccines business.

Shares in the pharmaceutical company were down 19p at 1,779p.

The price of oil was also weighed down by global trade fears, as it slipped lower despite a recent resurgence.