Duke and Duchess of Cambridge celebrate year of royal engagements 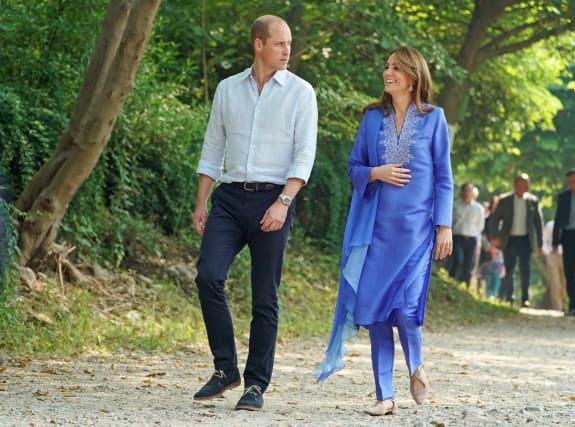 The Duke and Duchess of Cambridge have experienced a busy year after clocking up almost 180 days in total carrying out official royal engagements.

Details of the monarchy’s official engagements are recorded in the Court Circular – a daily list of the events attended by the Queen and her family.

William worked 107 days during the past 12 months, according to the Court Circular, while his wife Kate worked 71 days.

The figures include public events attended by the couple and private meetings they have held in support of their public work.

On Monday, the PA news agency released details of just the public engagements attended by the couple.

The couple’s year is featured in a compilation video released on their official Instagram account showing the breadth of their public activities.

In the film, the duke and duchess and their young children are pictured with the Queen and other senior royals on the Buckingham Palace balcony as they acknowledge the crowds after the Trooping the Colour ceremony.

William, a former air ambulance helicopter pilot, is seen landing one of London’s Air Ambulance’s helicopters during a visit to the organisation, while Kate is shown meeting ballet dancers during a trip to the Royal Opera House.

The footage shows the couple celebrating St Patrick’s Day with the Irish Guards, touring Blackpool to learn about health and social problems the popular seaside town faces, and attending the state banquet staged by the Queen in honour of US President Donald Trump.

As the parents of three young children – Prince George, aged six, Princess Charlotte, aged four, and Prince Louis who is 20 months old – it is thought they juggle childcare duties around their public work.

William also made two important official overseas visits, travelling to New Zealand in April in the aftermath of the Christchurch mosques terrorist attack and touring Kuwait and Oman in December. ends