Double jubilee celebrations among royal milestones in past 10 years 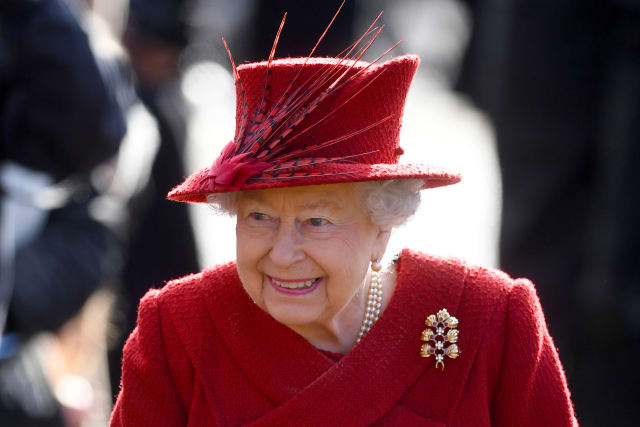 The royal family’s decade has been one of major milestones with Elizabeth II becoming the longest reigning monarch in history and the Duke of Edinburgh retiring after decades of royal service.

More than 1.25 million spectators braved the rain and freezing cold to line the banks of the Thames for the Diamond Jubilee River Pageant, which featured more than 1,000 boats.

Philip was forced to miss the majority of the events after being in hospital with a bladder infection, not long after enduring the wet and windy River Pageant.

A slimmed-down monarchy appeared on the palace balcony with the Queen for a flypast – only those at the very top of the succession list and their wives: Charles, Camilla, William, new recruit Kate and Harry.

Zara Tindall became the first member of the British royal family to win a medal at the Olympic Games, earning a silver in the team eventing at London 2012.

In 2015, the Queen passed Victoria’s milestone to become the nation’s longest-reigning monarch on September 9, having reigned for 23,226 days, 16 hours and 30 minutes.

She admitted in a speech at the Borders Railway in Tweedbank that the royal record was “not one to which I have ever aspired”.

The Queen’s 90th birthday in 2016 was marked in public and private with a walkabout, beacon lighting and a black tie dinner for family and friends in Windsor on her actual birthday.

A weekend of national celebrations including a Patron’s Lunch party on The Mall was staged for her official birthday in June.

The Queen also became the world’s longest reigning living monarch after the death of the revered Thai king Bhumibol Adulyadej.

In 2017, the Queen reached the 65th year of her accession – a rare Blue Sapphire Jubilee, but the occasion was not publicly celebrated.

William and Harry marked the 20th anniversary of their mother Diana’s death the same year, with Harry revealing how he came close to a breakdown after not speaking about his loss for many years.

The Queen and Philip poignantly passed their platinum wedding anniversary – 70 years of marriage – in November 2017.

In 2018, Charles turned 70. The monarch paid tribute to her eldest son at a glittering private black-tie party at Buckingham Palace, calling him a “duchy original” and an heir to the throne comparable with any in history.

The Queen’s final corgi died the same year. Whisper, who was adopted following the death of his owner, a former Sandringham gamekeeper, died in October 2018, leaving the Queen without any corgis, and only two dorgis.

The past 10 years have also seen a royal family in transition.

The ageing monarch and Philip inevitably called time on their overseas travel, and then, at the age of 96, the duke retired from public duties.

He carried out his final official solo engagement – his 22,219th since 1952 – as he met fundraising Royal Marines on the Buckingham Palace forecourt in August 2017.

The duke now spends much of his time in the sanctuary of Wood Farm on the Sandringham estate.

Earlier this month, Philip was taken to King Edward VII’s Hospital in central London, for treatment for a “pre-existing condition” as a “precautionary measure,” Buckingham Palace said.

Adjustments to royal duties were also made throughout the past 10 years for the Queen’s comfort.

She stopped using the stairs at the State Opening of Parliament, opting for the lift instead, and in 2019 kept the lighter George IV diadem on throughout rather than switching to the heavy Imperial State Crown.

Charles – a king in waiting – opened the Commonwealth Heads of Government Meeting (CHOGM) in Sri Lanka in 2013, representing his mother in the role for the first time.

But there were tensions behind the scenes.

Writer Catherine Mayer, who was given rare access to the prince, said he was “joylessly” increasing his royal workload and believed becoming king would be akin to “prison”, which Clarence House denied.

In the royal household, the Queen’s well-respected private secretary Sir Christopher Geidt, who sought to unify the often-competing courts of Buckingham Palace and Clarence House, departed in 2017 amid reported tensions over transition.

The same year, Charles began the practice of laying a wreath at the Cenotaph on behalf of the Queen as she watched from a nearby balcony.

In 2018, the prince announced a major restructuring of his charities ahead of his 70th birthday, viewed as planning for the time when he will be king.

His role as future head of the Commonwealth was secured in April 2018 when the Queen publicly lobbied in favour of her son at the CHOGM in London, and world leaders backed the decision.

There were major lifestyle changes for both William and brother Harry – both left the military and became full-time royals.

William first worked as a helicopter pilot for East Anglian Air Ambulance, and also started carrying out investitures on behalf of the Queen, before focusing on royal duties.

Harry took a military desk job, launched his Invictus Games competition in 2014, and then in 2015 said goodbye to Army life after 10 years.

She sat next to the Queen in her Diamond Jubilee carriage procession in 2012 and attended her first State Opening of Parliament in 2013 – moves that would have been unthinkable a decade earlier.

She was made a Privy Counsellor on the Queen’s official 90th birthday, meaning she will be permitted to be at Charles’s side during the Accession Council which takes place following the death of a sovereign.

A radical shake-up of the historic royal succession rules came into force in 2013, ahead of George’s birth, removing male bias.