Anxiety about going back to work ‘may be alcohol withdrawal symptoms’ 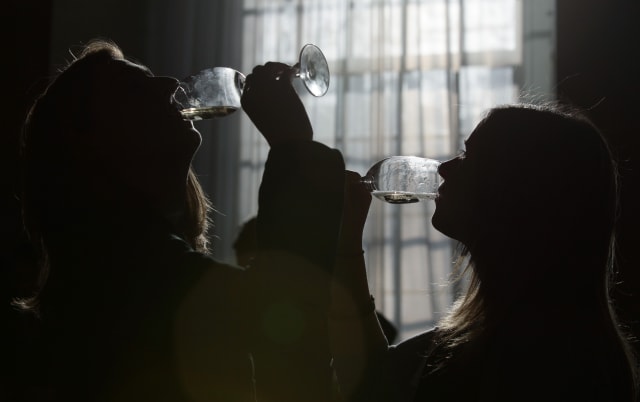 New Year’s revellers who feel anxious about returning to work after binge-drinking during the festive season may actually be suffering from alcohol withdrawal symptoms, according to a liver expert.

Dr Mark Wright, a consultant in liver medicine at University Hospital Southampton (UHS), warned thousands of people will put feelings of nausea, shaking and general irritability down to “work dread” as the holiday season draws to a close.

But he said alcohol withdrawal symptoms and not fears about returning to work were likely to be to blame and urged people to avoid turning to drink in an attempt to quell their symptoms.

He said: “People up and down the country will now be feeling anxious about their impending return to work and may also be feeling sick, shaky and irritable.

“However, far from concerns about the end of the Christmas and New Year period and the reality of work, the cause of this for many will be alcohol withdrawal symptoms following sustained heavy drinking.

“For those who don’t realise this, drinking more to calm that feeling is very tempting – but it is also a great way to become addicted.”

Dr Wright said people should think about “scaling back” their alcohol intake after New Year’s Eve celebrations, increasing their water intake and taking some days off alcohol.

He explained: “Many people will have had a very intense festive period in which they will have consumed significantly more alcohol than usual which will undoubtedly affect their mental state.

“The danger is that people don’t realise how the body will react to alcohol withdrawal and confuse it with anxiety about returning to work, which could then fuel more drinking.

“It is essential to avoid that and people should also use the time to reflect and think about how to moderate their drinking habits over special occasions and holiday seasons.”

Data released earlier this year by NHS Digital showed there were more than 1.2 million alcohol-related admissions to hospitals in England 2017/18, while a study published in the journal Addiction showed 20% of people admitted to UK hospitals were harmful drinkers and a further 10% were alcohol dependent.

Dr Wright added that Dry January could be used by some as an excuse for drinking heavily the rest of the year.

He said: “While I appreciate the the good intentions behind the Dry January campaign, it remains to me to be the perfect decoy for problem drinkers in that it, by default, appears to offer a solution for binge drinking and high intake throughout the rest of the year.

“Evidence shows us that alcohol abuse remains a growing problem and a significant burden on the NHS – though, at the very least, a dry January does give people an opportunity to examine their relationship with alcohol.

“My preference, as I have maintained consistently, is that people need to be aware of their consumption all year round, aiming to stick at about 14 units per week with three to four dry days.”

He added: “What we can say for certain is that if anyone attempts a dry January and only manages a few days, they may have more of a problem with booze than they think and should seek help and support immediately.”