Warning over flight delays amid severe weather alert for fog 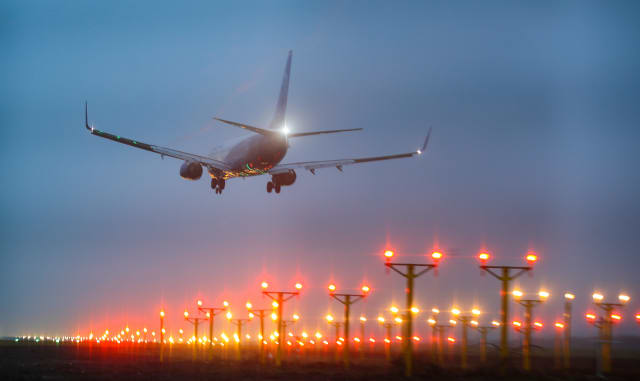 Passengers flying to or from some of the UK’s busiest airports are being told to expect delays due to thick fog.

The Met Office issued a severe weather warning covering southern parts of England and Wales from 5pm until 11.59pm on Monday.

Visibility will be reduced to less than 100 metres in the worst-affected areas, according to the alert.

A spokeswoman for air traffic control provider Nats said dense fog is “likely to cause disruption to normal flight operations overnight and into tomorrow”.

She added: “We will be working closely with the airlines and airports to minimise the disruption, but passengers should contact their airline for the latest information on their flight.”

In foggy conditions, the spacing between aircraft landing is increased by up to 50% as air traffic controllers switch to using radar systems.

The same weather can make it more difficult for planes to move between runways and terminal buildings.

A spokesman for Gatwick, the UK’s second busiest airport, said it is expecting “minor delays but nothing significant”.