Thousands caught up as pensions plundered by rogue investment scams 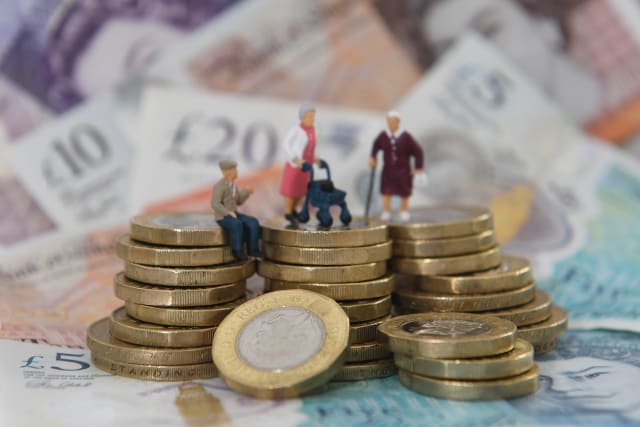 Public service workers including police officers, nurses and teachers are among thousands of people caught up in pension scams which have seen their retirement pots plundered.

An investigation claimed rogue investment schemes registered with HMRC sought about cold-calling savers to transfer their pensions over, seducing them with offers of better financial returns on their investments.

But many of those new schemes were later wound up, with savers having lost crucial funds to support them through retirement.

In another blow, HMRC is said to be contacting some victims over concerns the transfer had broken the law because tax was not paid to remove their pensions and invest them elsewhere.

Experts said some savers lost six-figure sums, while the Daily Mail investigation said around 100,000 people lost up to a combined £10 billion in savings from over 100 schemes.

Sue Flood, a former sales and marketing executive who lost £125,000 with her husband in a rogue investment scheme, told the newspaper: “We and the rest of the victims sit like lambs to the slaughter whilst we wait for HMRC to devour our individual carcasses and to levy a tax penalty.

“How can this be justice?”

The Pensions Regulator said it was working with the Financial Conduct Authority (FCA) to prevent crimes from happening.

A spokesman said: “Pension scammers wreck lives. We and other agencies continue to put people behind bars for pension fraud while pursuing their ill-gotten gains.

“On many occasions we have put independent trustees in charge of scam schemes to prevent criminals draining away victims’ savings and we have a number of ongoing major criminal investigations into pension fraud worth tens of millions of pounds.

“Education remains the greatest weapon in our arsenal. We will not stop hunting the criminals responsible.”

Schemes operated by enticing workers under the cloak of legitimacy offered by being enrolled with HMRC and registered with the Pensions Regulator.

Employers – including the likes of Royal Mail and the Ministry of Defence (MoD) – then transferred the pension pots into the new schemes.

But the nest eggs were invested in high-risk accounts, meaning many savers’ pensions were frittered away, with little chance of getting a return on their money.

A Royal Mail statement said: “Like all pension providers we have a statutory obligation to release pension funds to HMRC-registered schemes when requested by members.

“We send members the FCA/Pension Regulator ‘ScamSmart’ leaflet, which provides information on how they can protect themselves against pension scams before transferring their pensions.

“We also advise pension plan members to seek independent financial advice from an Independent Financial Adviser authorised by the Financial Conduct Authority before making any decision about their pension.

“Where members choose to use an IFA, we validate that they are registered with the FCA.”

An MoD spokesman said: “Members of the Armed Forces Pension Scheme have a right to transfer their pension and we are legally obliged to facilitate transfers when an individual requests us to do so.

“We share guidance outlining fraud risks with all members requesting a transfer, although we are prohibited from offering financial advice.

“We sympathise with those who have lost out because of illegal and fraudulent firms.”

An HMRC statement said: “We empathise with anyone who believes they have been misled about their pension investments.

“HMRC registers pension schemes for tax purposes and does not regulate pensions.

“The Government provides pensions tax relief with the expectation that the savings will provide benefits to pension scheme members on retirement.

“When someone takes money out of their pension fund it is usually taxed at that point, the unauthorised payment charge prevents abuse of the system by ensuring tax is paid on money that is withdrawn.”