Preparations under way for New Year celebrations across the country 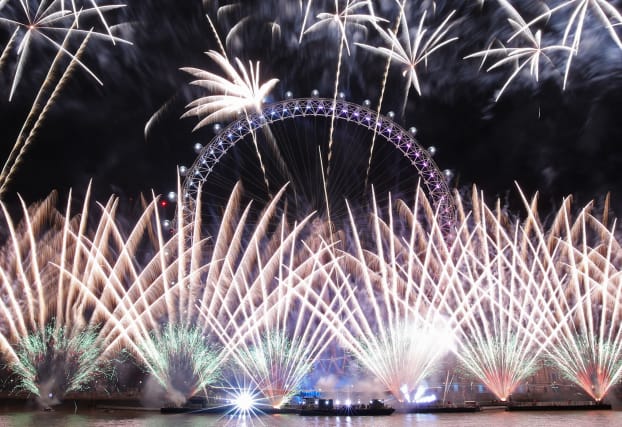 Preparations for New Year celebrations across the country are under way as the decade draws to a close.

About 12,000 fireworks are set to light up London’s sky when the clock strikes midnight on Tuesday.

In Edinburgh, meanwhile, revellers will create a river of fire along the city’s Royal Mile when the annual torchlit procession takes place on Monday evening ahead of a fireworks display on New Year’s Eve.

Cat Fortune, executive producer at events company Jack Morton, which is helping put on the display in the capital, said: “London New Year’s Eve is really about bringing people together and we want to celebrate the year ahead.

“It is also a new decade this year, so that’s really exciting, and also events on London’s calendar this year are quite exciting, so we are making a nod towards that as well.”

Around 2,000 of the fireworks set off during the display will be fired from the London Eye, with the remainder coming from barges which will moor in a central location along the River Thames, according to Darryl Fleming of Titanium Fireworks, who is display director for the show.

Mr Fleming, who has worked on the display on ten previous occasions, added: “From a technical and creative point of view, we are always trying to change things and see something that worked well the previous years, and then build on that for the following year.”

More than 100,000 tickets have been bought for this year’s display, which is sold out.

The Metropolitan Police are urging anyone who does not have a ticket to the event to watch it on television rather than turn up as entry will not be permitted.

There will be “thousands” of other New Year celebrations in restaurants, bars, pubs and clubs across the capital, the force added.

New Year’s Eve is likely to be cold but dry for many, with temperatures in Scotland and parts of northern England forecast to be around 1C (33.8F) or 2C (35.6F), according to the Met Office.

The rest of the UK is likely to see the mercury fall to around 5C (41F).

Parts of central England could see some drizzle on Tuesday evening while there may also be patches of fog appearing across the UK, according to Met Office forecaster Greg Dewhurst.

However, it is unlikely that visibility will be poor in either London or Edinburgh, he added.