Oil’s well that ends well for sheep rescued from bridge 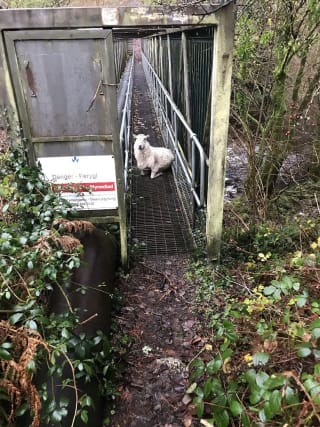 A sheep that had become stuck on a bridge was rescued with the help of sunflower oil.

The RSPCA was called to the bridge in Merthyr Tydfil, South Wales, by a dog walker who had spotted a sheep in distress.

“Two of her legs were well and truly stuck in the grid of the bridge and would not budge with my strength alone, so I asked the caller to fetch some sunflower oil from the house,” she said.

“After coating her legs with the oil I was able to free her safely within a matter of five minutes. It was a very satisfying moment.”

The sheep had only superficial wounds on her legs and was walking well after being released.

She had a tag in her ear, meaning the RSPCA could locate her owner with the help of an off-duty member of the local authority’s animal health team.