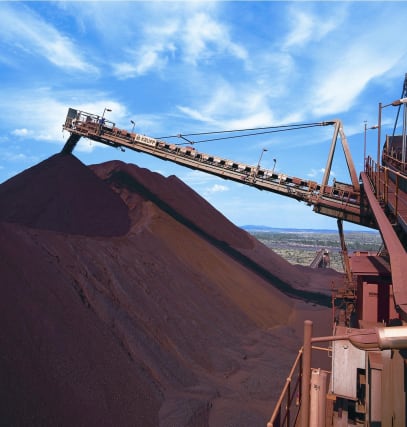 Rio Tinto workers have returned to a South African titanium and iron mine, weeks after the shooting of an employee forced the site to close.

The miner said that it had kicked off the process of resuming operations at the Richards Bay Minerals (RBM) site on Monday.

The mine in the state of KwaZulu-Natal, which extracts titanium slag and pig iron, was the beneficiary of a major new investment from Rio earlier this year. The London-listed mining giant, which owns 74% of the project, invested 463 million dollars (£353 million) in April.

Earlier in December the company suspended mining and started to run its smelters on low, after violence towards staff surged. One person was shot and seriously injured in the days before the mine closed.

“The safety and security of our people is always our first priority and we are pleased that we will now be able to get back to work creating value for our people, our communities, South Africa and RBM’s shareholders,” said Bold Baatar, Rio’s chief executive for energy and minerals.

“I would like to thank the government of South Africa and the premier of KwaZulu-Natal for their support and assistance in getting us to a position where we can restart operations at RBM. I would also acknowledge the work of community leaders and the police over the previous few weeks.”

South Africa’s mining communities are often hit by unrest, as contractors vent their fury, or local inequalities come to the surface, often with violent consequences.

Last year the same mine was forced to close, after a security guard was killed in violent protests in the local community.

Violence is particularly prevalent among locals who do not rely on the miners for their water and electricity, Indigo Ellis, head of Africa at risk consultancy Verisk Maplecroft, told the Financial Times in early December.