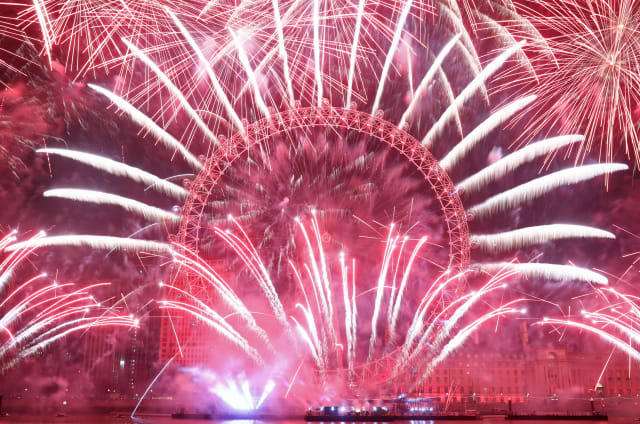 Seven of the competition’s matches are set to be played in the capital, with Wembley Stadium scheduled to host the final and semi-finals.

Mayor of London Sadiq Khan said the display would be celebrating the city’s “key” role in hosting the championship.

He added: “I am so excited that we are hosting seven games at next summer’s championship.

“Once again, we will show that London is open to the world as we welcome sports fans and football stars from all over Europe.”

Next summer’s tournament will take place in countries across the continent rather than being hosted by a single nation, with London set to host more fixtures than any other city.

The pyrotechnics show will feature more than 12,000 fireworks, with the display being set to a soundtrack “inspired by London and Europe”, according to a spokeswoman for the mayor.

Big Ben’s chimes will sound the start of the display despite them being silent this year while renovation work is completed.

The event has sold out after more than 100,000 tickets were sold and travel on Transport for London (TfL) services will be free between 11.45pm on New Year’s Eve and 4.30am on New Year’s Day.

Revellers have been warned by the Local Government Association to avoid “cheap and dangerous” fake alcohol being sold by rogue traders ahead of the New Year celebrations.

“Some counterfeit bottles of vodka are said to contain industrial strength levels of alcohol which can lead to vomiting, permanent blindness, kidney or liver problems and, in extreme cases, death,” they said in a statement.