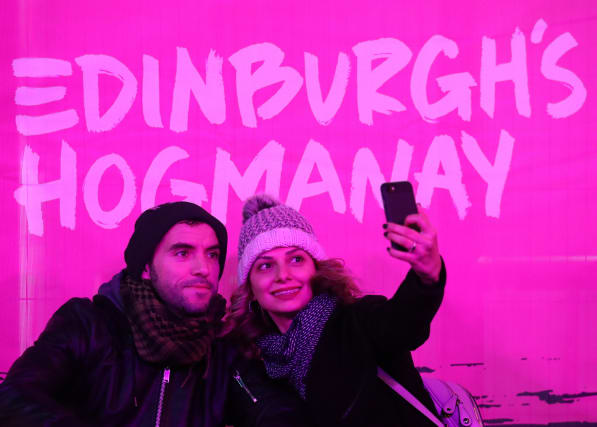 Organisers of Edinburgh’s Hogmanay have been criticised for creating “unnecessary confusion” over residents being able to enter their own homes.

People living in city centre areas covered by the annual street party require passes to gain access to their homes overnight on December 31.

This year’s guidance appeared to indicate additional passes for guests would be at the discretion of organisers.

Edinburgh City Council leader Adam McVey said it was “unacceptable” this year’s advice from organisers Underbelly “didn’t accurately reflect” the need to prioritise residents’ rights and access to their houses.

Tens of thousands of people are expected to attend the street party featuring acts including Mark Ronson, Marc Almond and Idlewild.

The event covers at least part of more than a dozen streets in the city centre, including main thoroughfare Princes Street.

Concerns were sparked after social media posts highlighted earlier guidance on the event website earlier appeared to indicate residents in the restricted area would be entitled to six passes allowing residents access to the property, while a “reasonable number” of additional passes for guests attending a house party “may be issued in consultation with the event organisers”.

Following a backlash, the website now reads “if you are planning a private function within your home or you are entertaining guests or you have a household larger than six, additional access passes are available”.

A spokesman for the event said the wording was changed in light of misunderstandings.

Mr McVey criticised the “confusion” created by the guidance, which applies between 6.30pm on December 31 and 4am on New Year’s Day.

He tweeted: “Residents rights and access to their homes during any event have to be prioritised and properly planned for. It is unacceptable that the guidance for residents didn’t accurately reflect this, creating unnecessary confusion. Any changes required to avoid a repeat will be adopted.”

Mr McVey said there would be a “city-wide conversation” in 2020 over the Christmas and Hogmanay events in Edinburgh, “to help shape future events and meet our aspirations and concerns”.

He added: “There are understandably strong feelings and we have to listen to all residents and respond to meet the challenge.”

A spokeswoman for the event said: “Edinburgh’s Hogmanay is a major event and we appreciate that it has an inevitable impact on local residents, we’d like to thank them for their ongoing understanding.

“We have never and would never prevent residents and their guests from accessing their homes.

“The arena area needs to be secure, which is why for many years there has been a system in place for residents to get access passes which ensure them quick and easy access past security to their homes.

“We are sorry if this has been misunderstood but we want to be very clear that our intention was never to prevent access.”

She added: “Tens of thousands of Edinburgh residents come and enjoy the Hogmanay celebrations and we are excited to share a fantastic line-up with them this year.

“The weather for Hogmanay looks set to be the best in years and we’re looking forward to welcoming both locals and visitors to the greatest new year party in the world.”