‘1,000 extra train carriages in 2020’ but accessibility deadline will be missed 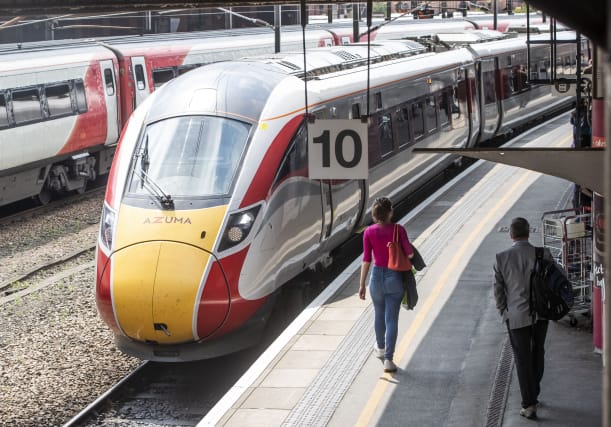 Around 1,000 extra train carriages will be introduced on Britain’s railways next year, according to an industry body.

The Rail Delivery Group (RDG) said new and refurbished trains are being deployed by nine operators, increasing the nation’s fleet from 14,800 carriages today to 15,800 by the end of 2020.

It made the announcement one day before several firms will miss a deadline to make all train journeys easier for disabled passengers.

The RDG said new trains being introduced in 2020 will utilise modern technology to improve journey planning and accessibility.

GPS technology will be used to provide passengers waiting on platforms with more accurate information about where their train is, reducing occasions where a service described as being on time is actually delayed.

The location of some older trains is only known when they pass signals, which can be up to five miles apart.

The introduction of new carriages means more trains will feature clearer information screens, helping passengers with learning difficulties or visual impairments, according to the RDG.

It said the majority of the 1,000 extra carriages will be new.

The return of refurbished carriages to the network will also increase the overall fleet size as most were replaced by new trains when they were taken out of service over the past two years.

RDG chief executive Paul Plummer said: “Next year, passengers will be able to track their train, find out where accessible toilets are and even find a seat in the emptiest carriage as 1,000 extra train carriages come on track.

“New and improved technology will provide better information to passengers and make the railway more accessible to more people as train companies work together to replace half of Britain’s train fleet old for new.”

Mr Heaton-Harris wrote to Mr Plummer earlier this month, stating that the failure of the industry to ensure all trains will be accessible by the start of 2020 was “extremely disappointing” as “owners and operators have had 10 years to prepare”.

Mr Plummer responded to the rail minister’s letter by stating that the industry is “very sorry that problems with the manufacturers of new and upgraded carriages mean some have been delayed”.

Legislation on the accessibility of mainline trains dates back to 1998.

The latest standards include features such as audio-visual information systems and an accessible toilet if toilets are fitted.

Mr Heaton-Harris “reluctantly agreed” to operators’ requests to continue using non-compliant trains into 2020 as removing them from service would have a “disproportionately negative effect”.

James Taylor, head of policy and campaigns at disability equality charity Scope, claimed rail firms have had “more than enough time” to meet the new rules.

Regulations must be properly enforced to “create an incentive for providers to meet deadlines”, he added.