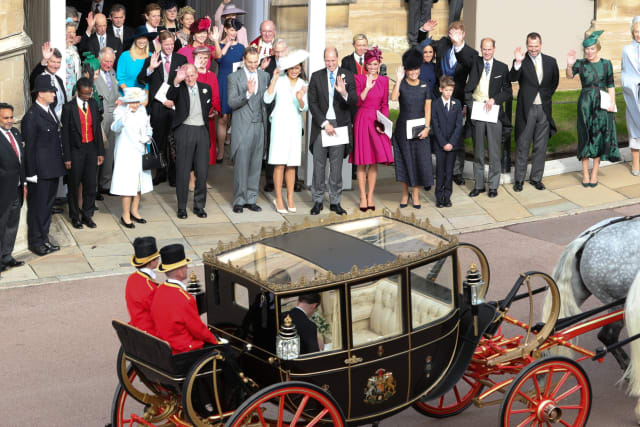 A royal wedding, milestone birthdays, wartime anniversaries and lawsuits against the press are all looking set to shape 2020 for the Queen and her family.

Princess Beatrice is getting ready to marry, while the Duke of York turns 60, the Princess Royal 70 and the Duke of Edinburgh 99.

But after Andrew quit royal duties in November over the scandal surrounding his friendship with convicted sex offender Jeffrey Epstein, it is likely the celebrations for his birthday on February 19 will be low key.

2020 also poses the question of what next for the Queen’s second son as he begins the year without a royal role.

Andrew has been called on by lawyers for Epstein’s alleged victims to give a statement to the American authorities.

He also still holds his military appointments, but whether he will take part in the Trooping the Colour celebrations for the Queen’s official birthday in June remains to be seen.

His older sister the Princess Royal reaches her 70th birthday on August 15, with the Queen likely to stage a party, perhaps at Balmoral Castle in Royal Deeside in Scotland where the royals retreat each summer.

The monarch – the nation’s longest serving sovereign – will have reigned on the throne for 25,000 days on Saturday July 18 2020.

Princess Elizabeth was just 25 years old when she became monarch on February 6 1952 on the death of her beloved father George VI.

Royal fans will be hoping the Duke and Duchess of Sussex add to their family with another royal baby, in the year that Archie Mountbatten-Windsor turns one.

Harry and Meghan, who have had six weeks off from royal duties after a difficult year, are preparing to launch their own SussexRoyal charity soon.

The pair set up the organisation after splitting from the Duke and Duchess of Cambridge’s foundation.

Harry and ex-Suits star Meghan are also both pursuing legal action, with the duchess suing one newspaper group amid allegations it illegally published a letter she wrote to her estranged father, and Harry suing two groups over alleged phone hacking.

Harry’s Invictus Games for wounded, injured and sick service personnel is being hosted in The Hague in May 2020.

Overseas tours for the Sussexes are expected to be on the agenda, perhaps with baby Archie too, while William and Kate will also be planning official foreign visits.

Other events include the Commonwealth Heads of Government Meeting in Rwanda – which the monarch-in-waiting the Prince of Wales, who secured his future role as head of the Commonwealth last year thanks to the Queen’s lobbying, will be expected to attend in June.

The royals are also likely to take part in the 75th anniversary of VE (Victory in Europe) Day, which marked the end of the Second World War, on Friday May 8.

May 8 has been designated a Bank Holiday and celebrations will take place over the weekend of May 8-10.