Missing fireman seen on CCTV the night he disappeared 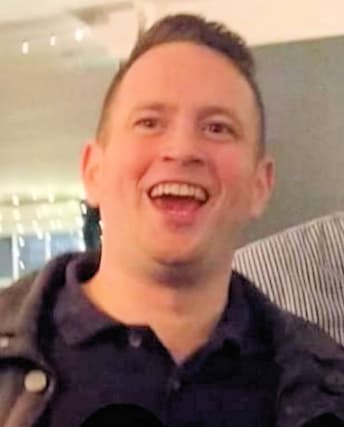 CCTV footage which appears to show a missing firefighter on the night he disappeared has been released by police.

The video shows a man believed to be Anthony Knott, walking along White Hill in Lewes, East Sussex, where he was last seen on Friday December 20.

Mr Knott, a 33-year-old father of four from Orpington, Kent, had been out with friends at The Lamb pub in Fisher Street before leaving at about 7.16pm for unknown reasons, Sussex Police said.

The CCTV footage shows him walking along White Hill, opposite the Elephant and Castle pub, at 7.19pm, and up Market Street at 7.41pm.

According to the time captured on the CCTV image, the second sighting occurs 20 minutes after Mr Knott’s phone was switched off.

Chief Inspector Sarah Godley said: “Anthony has a distinctive walk and we believe, in releasing this footage, more people may come forward with information.

“We are appealing for anyone in this CCTV footage to make contact with us so we can confirm whether this is Anthony.”

Mr Knott, who works for London Fire Brigade, is described as white, approximately 6ft and of medium build, with medium-brown short gelled hair.

He was last seen wearing a black long-sleeved top, a dark denim suit-style jacket, dark denim jeans and black shoes. He is also said to have a distinctive gait, with a slight bounce.