From Ireland to New Zealand: Royal tours across the past decade 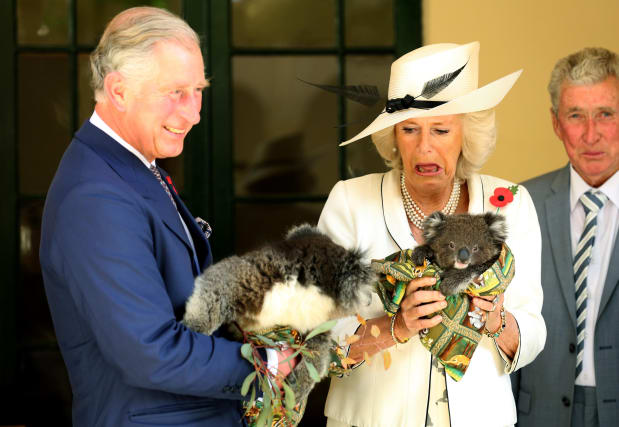 Jubilee tours and Brexit trips made up some of the official overseas visits for the globe-trotting royals over the past decade.

In 2011, the Queen made a historic journey to the Irish Republic.

Amid unprecedented security, she became the first British monarch to travel there in 100 years and the first since the nation gained independence from Britain.

She bowed her head in Dublin’s Garden of Remembrance to pay tribute to the rebels who rose up against British rule in 1916, spoke Irish in an address to a state banquet and visited Croke Park stadium, where British forces shot dead 14 spectators at a Gaelic football match in 1920.

The same year, Harry journeyed to the Arctic on a charity trek, and William and Kate went on their first joint overseas tour to Canada and the US.

The Diamond Jubilee saw Harry display a natural talent for diplomacy in Belize, the Bahamas and Jamaica, while William and Kate travelled to the Far East.

Charles and Camilla visited Australia and New Zealand, where the duchess was pictured holding a nine-month-old orphaned koala called Matilda.

In 2014, nine-month-old royal superstar George charmed his way round New Zealand and Australia on an official tour with his parents, just like William did when he was a baby.

The Cambridges took George and Charlotte skiing in the Swiss Alps, and Harry trekked in the foothills of the Himalayas during his first trip to Nepal in 2016.

William and Kate went to Bhutan and India without George and Charlotte in 2016, and posed in front of the Taj Mahal just like Diana.

In the wake of the EU referendum, the royals set off on Brexit diplomacy tours at the request of the Foreign Office.

William and Kate took George and Charlotte to Germany and Poland in 2017, with the princess having a little tantrum, falling to the ground in Hamburg.

William went to Finland on a solo trip, while the Duke of Sussex went to Denmark, and Charles went on a host of European visits.

In 2018, William carried out a key trip to the Middle East, becoming the first member of the royal family to make an official trip to either the Occupied Palestinian Territories or Israel on behalf of the Government.

Charles and Camilla also made a historic trip to Cuba in 2019, becoming the first royals to visit the Communist state in an official capacity.

High-profile incoming state visits included US president Barack Obama in 2011 and the first state visit to the UK by an Irish president in 2014, with Michael D Higgins staying at Windsor Castle.

Harry and Meghan went on their first long-haul official overseas trip – to Australia, New Zealand, Fiji and Tonga, carrying out more than 70 engagements over 16 days.

Highlights included a trip to Bondi Beach in Australia, and a Maori welcome in Rotorua, New Zealand, and the tour began with news that the duchess was expecting a baby.

On their 2019 tour to southern Africa, the couple took along baby Archie, who was introduced to Archbishop Desmond Tutu.

Meghan, in a speech to girls in Nyanga township in Cape Town, said: “While I’m here with my husband as a member of the royal family, I want you to know from me I am here with you as a mother, as a wife, as a woman, as a woman of colour and as your sister.”

On a visit to Pakistan in 2019, William and Kate arrived at a reception in Islamabad by tuk tuk, with the duke dressed in a traditional sherwani coat.

The Duke of Cambridge finished off the decade on a solo trip to Kuwait and Oman in December.