From Brexit to #MeToo: 5 words and phrases that defined the 2010s 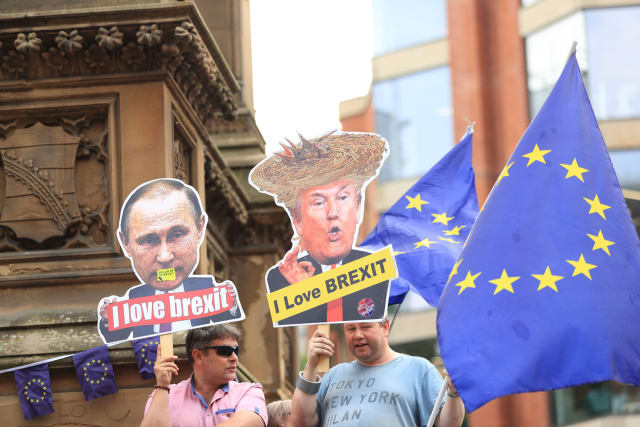 In a decade where social media dominated much of the public conversation, it should be little surprise that online culture had a huge impact on our language.

Here are some of the words and phrases that defined the 2010s – terms which were scarce or non-existent 10 years ago that now dominate headlines.

Though the UK Independence Party (Ukip) was launched in 1993, before the 2010s Britain’s exit from the European Union was not an everyday topic of discussion. Nor did it have its own ubiquitously-used term.

Originally accompanied by variant “Brixit”, the merger of the words Britain and exit took inspiration from “Grexit” – which was used in the early part of the decade to describe Greece’s hypothetical departure from the eurozone.

According to the Oxford English Dictionary (OED), the first use of “Brexit” was by Peter Wilding. The chairman of think tank British Influence used the term in a May 2012 blog post titled “Stumbling towards the Brexit” – a coining he has since described as his “eternal shame”.

In 2019, another poll dubbed the “Brexit election” saw Boris Johnson’s Conservatives take victory with the promise to “get Brexit done” in 2020 – and even when the UK does leave, it seems unlikely the phrase will disappear any time soon.

Though the term “fake news” can be found as far back as 1890, in a Milwaukee Daily Journal article, the term was popularised like never before by Donald Trump’s successful presidential campaign in 2016.

Mr Trump first shared the phrase on Twitter, his favourite medium, on December 10 2016 in reference to “ridiculous and untrue” claims he would be working on The Apprentice during his time as president.

The US president went on to create the “Fake News Awards” in January 2018, which denounced the most “dishonest and corrupt” members of the media.

The New York Times and CNN took the lion’s share of the gongs.

Defined by the OED as news which incorporates false or deliberately misleading information – or is “accused of doing so” – fake news has become the bane of journalists and readers.

Social media’s ever-rising popularity this decade has turned sites such as Twitter into a platform for social change and the hashtag into a political tool.

There is no better example of this than the #MeToo movement against sexual harassment and assault.

First conceived in the mid-2000s by New York activist Tarana Burke, the movement was pulled into the mainstream in 2017 when actress Alyssa Milano shared the phrase to Twitter – shortly after film producer Harvey Weinstein’s numerous accusations began to be revealed.

The movement ignited and across the world victims were encouraged to say “me too” and share their own experiences.

In Japan the hashtag was translated to #WatashiMo, in Spain, #YoTambien, and in France #balanceTonPorc – which translates as “expose your pig”.

Worldwide countless abusers have been revealed, from the realms of politics to professional sport, and the public conversation has permanently changed.

“It’s beyond a hashtag,” tweeted campaigner Ms Burke in 2017. “It’s the start of a larger conversation and a movement for radical community healing.”

The Black Lives Matter movement formed in the US in 2013 with the aim of tackling systemic racism and police brutality towards black people.

While its own name and cause hit headlines and hashtags worldwide, its influence stretched into further areas of public discussion.

“Woke” is now commonly used to describe being well-informed or “alert to racial or social discrimination and injustice”.

Originally from African-American slang, it was included in a 1962 New York Times glossary of terms “you might hear” in the city’s Harlem neighbourhood.

In 2008 singer-songwriter Erykah Badu’s song Master Teacher (I Stay Woke) pulled the word back into popular culture before Black Lives Matter helped cement it in the English language.

Amid accusations of cultural appropriation, the term has been used ironically in memes and discussion removed from its initial anti-racism purpose.

In 2019, former US president Barack Obama also condemned the culture the term inspired – which has seen public figures repeatedly called out for not being alive to social issues.

“This idea… you’re always politically woke… you should get over that quickly,” Mr Obama told an Obama Foundation summit.

“There are ambiguities. People who do really good stuff have flaws.”

Criticism of so-called woke culture has often been accompanied with another pejorative word associated with the political left: snowflake, meaning one easily offended.

Former US presidential candidate Al Gore has been using the term “crisis” to describe the dangers of man-made climate change since the 1980s, but it is only recently “climate crisis” or “climate emergency” became widely used.

School-striking Greta Thunberg, the 16-year-old climate activist, has been at the heart of this rise, while the obstructive protests of Extinction Rebellion, beginning in October 2018, further forced the issue onto the front pages.

The Guardian even changed its editorial style guide in May 2019 to always refer to the problem not as climate change but as a crisis or emergency.

This language shift was underlined by the OED in November 2019, which chose “climate emergency” as its word of the year – after its usage multiplied by more than 100 times since 2018, rising 10,796%.

And in December 2019 Ms Thunberg, from Sweden, was named Time’s youngest Person of the Year – an end to the decade which suggests the issue could dominate the next.