Details of people accused by IRA of informing and killed published 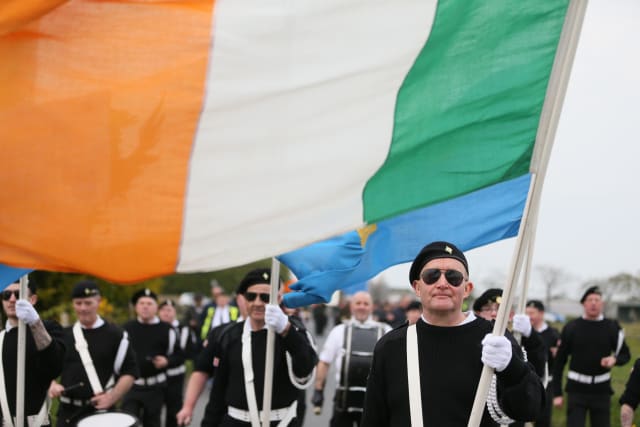 A list of dozens of people killed by the IRA after it accused them of “informing” to the state during the Northern Ireland conflict has been published.

One aged 21 and from Londonderry had his eyes taped closed and his hands tied behind his back.

Many were dumped near the Irish border with gunshot wounds to the head.

A number did not pass information to the state, officials said.

The Government named the dead as part of a draft historical argument for keeping intelligence evidence secret in the face of court proceedings.

The details form part of archives disclosed by the Public Records Office of Northern Ireland (PRONI).

A draft official submission said: “The Provisional IRA themselves have made it clear on a number that where they believe people within the organisation to be agents or informers they can expect no mercy.

“This usually means torture, followed by a forced confession and murder.

“The corpse will them be found in a ditch, often many miles from the point of abduction.”

A sample list of alleged informers killed by the Provisional IRA from 1978 until before the 1994 ceasefire was published in official files.

In June of 1978 Daniel McErlean, aged 25, from Rasharkin in Co Antrim was found dead. His body was discovered at the border near the Co Armagh village of Jonesborough.

In July 1979 Michael Kearney, 20, from Belfast was found dead on the Concession Road in Clones.

In February 1981 Patrick Trainor, 28, from Belfast was shot dead at Upton Cottages in Belfast.

The following year John Torbitt, 28, was shot dead at his Lenadoon home in the city.

Two months later Seamus Morgan, 24, from Dungannon in Co Tyrone was found dead in the south Armagh village of Forkhill.

Patrick Scott from Twinbrook was found shot dead in an entry in west Belfast ** in 1982.

Damien McCroy, 20, was shot in the head in the Brumrallagh Estate in Strabane in Co Tyrone.

Patrick Murray, 30, was shot dead and his body found in an entry in west Belfast in 1986, in the shadow of Clonard Catholic monastery.

Eamon Maguire, 33, was from Finglas in Dublin and he was accused by republicans of being an Irish police informer.

His body was found on the main Dundalk to Castleblaney Road a quarter of a mile north of the border.

John McAnulty, aged 48 and from Warrenpoint in Co Down, was abducted in summer 1989 from a pub in Armagh.

His body was recovered in Crossmaglen in south Armagh.

His hands had been tied behind his back and his eyes taped closed at Central Drive in the city’s Creggan estate. He was shot in the head.

Thomas Oliver, 33, from Riverstown in Dundalk in the Irish Republic was discovered in July 1991, days after his birthday. His body was found in a field in Belleeks, a village in Co Armagh.

In the same area, on the Mountain Road, John Dignam, 32, was found dead with gunshot wound to the head on the first day of July, 1992. He was from Portadown in Co Armagh.

Two other alleged informers from Portadown were found dead the same day.

Gregory Burns was aged 33. His remains were recovered on the Cullaville Road, close to the Irish border. He was shot in the head.

Aiden Starrs was aged 29. His body was found on the Dundalk Road in Newtownhamilton, again shot to the head.

Two more, Robin Hill, 22, from Coalisland in Co Tyrone and John Holmes, 35, from Londonderry were found dead in similar circumstances before the end of 1992.

In June 1993 Joseph Mulhern from Belfast’s remains were discovered at Ballymongan in Castlederg in Co Tyrone six days before his 24th birthday.

The security forces do not normally confirm whether or not a person was an informer.

The official record said: “In a number of cases, persons murdered by the IRA have not been informers.

“Furthermore, in other cases alleged informers have had to leave Northern Ireland at a moment’s notice and start a new life elsewhere, knowing that they can never return to their homes without facing the prospect of torture and murder, possibly having to cut off their links with close family members in order to avoid the risk of their new location being revealed.”