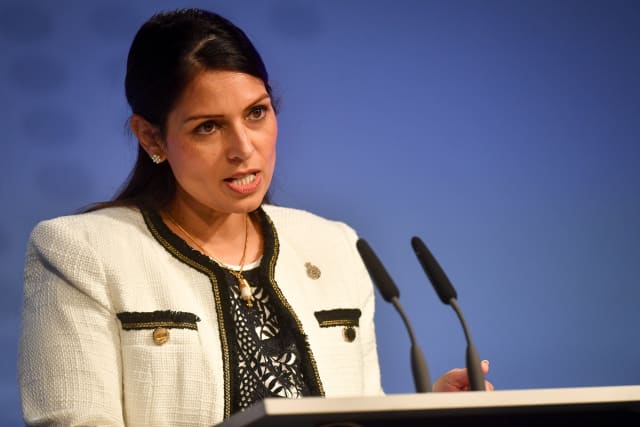 An extra £35 million will be given to police and crime commissioners to tackle violent crime, the Home Secretary has announced.

Priti Patel said the money would allow violence reduction units in the 18 areas worst affected by serious violence to continue their work.

Set up earlier this year, the units bring together organisations including the police, local government, health and community leaders to tackle violent crime by understanding its root causes.

Police and crime commissioners (PCCs) received £35 million to set up the centres in August, and the announcement continues the funding for 2020/21.

The Metropolitan Police area will receive the most money – £7 million – while Greater Manchester, Merseyside, West Midlands and West Yorkshire will each get more £3.3 million.

South Yorkshire, Northumbria, Thames Valley, Lancashire, Essex, Avon and Somerset and Kent will each get more than £1.1 million.

Nottinghamshire, Leicestershire, Bedfordshire, Sussex, Hampshire and South Wales will each get £880,000.

Announcing the funding, Ms Patel said: “I will not tolerate criminals drawing vulnerable young people into a life of violence.

“We are delivering on the people’s priorities by recruiting 20,000 new police officers and introducing tougher sentences to keep offenders behind bars for longer, but agencies must also work together to tackle this issue head on.

“These units are already playing a vital role in diverting young people away from crime – and the funding I have announced today will allow them to continue this important work.”

Nottinghamshire PCC Paddy Tipping said: “We can embed and build on the projects already under way and support new initiatives designed to tackle serious violence.

“This funding will provide security for our ambitions for the future.”